Mickey is a character role-played by Blaustoise.

Mickey is a former cop. He was betrayed by his former partner Tommy and his ex-wife Maggie cheated on him before leaving him. He moved into the city hoping to find a new purpose in life.

Mickey is very calm and collected. His hardened past and detective work has left him with a nihilistic outlook in life. Mickey is known as "Downbad" Mickey by most of Los Santos due to the fact that in most scenarios everything that could go wrong for him, inevitably, does. However, due to his ingrained stoicism, these repeated failures do not keep him from trying. Although Mickey can hack, his forte as a criminal is creating getaway plans, which are famously lengthy yet creative.

Furthermore, Mickey flew to Los Santos with the expectation of becoming part the underworld and putting his numerous skills to use. He started off wearing an expensive black suit and a fedora and telling his life stories, giving off a mysterious air. He could also often be found wearing his stripper fireman outfit since his main source of income ended up being as a dancer at the Vanilla Unicorn Strip Club. Now he typically dresses in suits, especially after Ceberus hired him as an intern and he decided to try to become a "hard" criminal, desiring for the organization to see him as more respectable.

During his first day in Los Santos, Mickey, while jaywalking, ran into Vinny Pistone, Ramee El-Rahman, Randy Bullet, and Garret Jobless, who were in a car passing by. After Mickey used some taunting words towards them, these four members of the famous Chang Gang got very annoyed with Mickey and pulled over to have a talk with him. After realizing Mickey was a new resident of Los Santos, the Chang Gang took it up on themselves to teach Mickey the ways of the city. Mickey introduced himself as "Mickey Smith" but since then has never used a surname beyond S.

Mickey’s bond with Chang Gang grew fast and he was officially acknowledged as a Chang Gang Associate on Feb 10, 2021 by Mr. K and Ramee. He works as a stripper and security at the Vanilla Unicorn. He also has his own gang, consisting of him, Carmella Corset and Hannah Hiltop, known as The Royal Flush Gang. They ride the town and rob people by gun point for extra money. Every now and then they would tease him about his ex wife Maggie.

He Can Go His Own Way

On July 8, 2021, Mickey defied orders from Mr. K to kill Yuno Sykk after robbing Fleeca bank with him and other members of the Cleanbois while Mr. K was having beef with Mr. Lang over criticism of business practices. Because of this defiance, Mickey was shot, knocked out numerous times by the members of Chang Gang, and thrown out from a plane above the Clean Manor, where he awoke the next day. After a lot of soul searching, including talks with Nino Chavez and Irwin Dundee (to name a few), Mickey reflected on what he believes to be months of mistreatment by and a lack of respect from the members of the gang. While Mickey still loves the members of the gang, he feels that the gang's core values and methods no longer align with his own, and ultimately decided to leave Chang Gang.

Word of his departure from his former gang quickly spread throughout the city, and various different gangs and organizations expressed interest in taking Mickey under their wings. Mickey took his time before making any concrete decisions as to what the future may hold, and decided to take the advice of Nino and Dundee to remain a free agent before making a decision.

Weeks had passed since Mickey became a free agent. During this time, the former gang-banger used his new-found freedom to bounce between multiple crews as a freelance hacker and getaway-planner. Given the circumstances for his departure from Chang Gang and his friendship with Lang Buddha and Yuno Sykk, he was easily welcomed into the Clean Manor and often joined the crew for impromptu heists and getaways.

Following Yuno's hiatus from the city, the Cleanbois need for a hacker prompted an influx of offers from a number of hackers. Joining the group of interested parties, Mickey requested a meeting with Lang on August 10, where he presented him and Harry Brown his formal application as a hacker. The much awaited application was immediately accepted by Lang who was eager to get back to bank-busting.

This kick-started Mickey's path in becoming a Cleanboi and his relationship with the members and associates grew stronger over time. As Yuno made his way back into the city Mickey took to training the hacker back to his former glory, and settled himself as the crew's planner and hacker. On September 29th, Mickey's portrait joined the hallway of pictures at the Clean Manor and he was officially welcomed into the family.

In addition to his role as getaway planner, Mickey has taken the monumental task of improving the infamous "CB comms" and bringing their wide group closer together into a number of member-oriented heists. Furthering his growing interest in business, Mickey has also become the spearhead of their Coke Operation, managing the recruiting and distribution under the advice of Lang Buddha.

After nearly 5 months of leaving Chang Gang, a drunk Mickey got a much awaited talk with his old mentor, Mr. K as he and Yuno visited the gang to try and broker peace after Jean Paul bombed CG's Christmas party.

Mr. K berated Mickey's decision of leaving the gang after all they had given him, admitting he missed having another competent planner in the crew. After a long talk were Mr. K likened Mickey abandoning him to his own mother leaving him in a jungle, he gave Mickey an urn with his mother ashes. K then retold the story of how he hunted her down and killed her 10 years after she abandoned him. He ended the dark tale by ominously telling him that while he might give him a second chance he could never forgive him, and that maybe one day, Mickey would follow the same fate as his mother.

Just before leaving K showed Mickey the sword (that he might be killed with), along with his dragon form.

Mickey campaigned for Mayor under the platform "stir the pot", with Dean Watson contributing 2 million dollars and The Guild contributing 1.5 million dollars. On June 10, 2022 while he was still comatose from two consecutive helicopter crashes, he was announced the winner of the mayoral election by a landslide with 515 total votes. Once Mickey woke up and was discharged from the ICU on June 14, 2022, he was sworn in as the 6th Mayor of Los Santos. 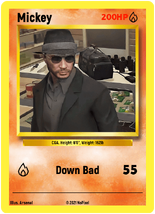 Dancing with the boys

Bomb on the bus 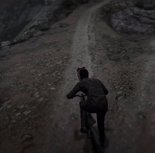 Up the mountain we go

Holdout at the PD

Mickey gets advise from Nino 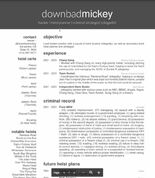 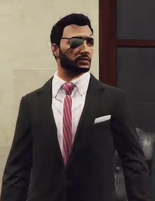 On the set of Marlo Entertainment (ME) 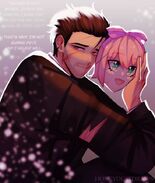 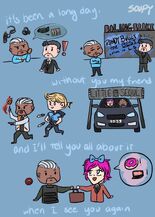 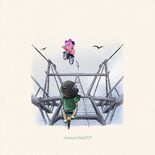 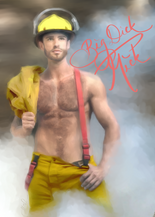 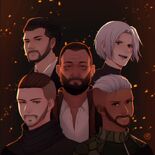 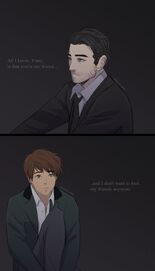 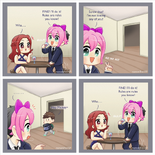 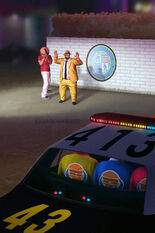 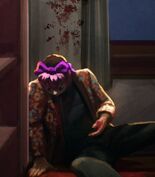 Murder at the Manor 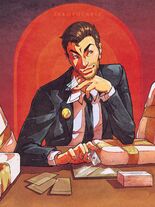 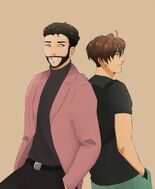 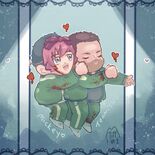 Trapped under the casino by @LopyShimi 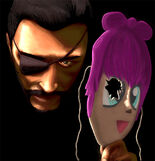 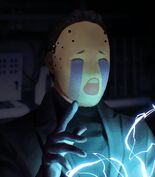