Matthew Payne was a character role-played by thaCOOP.

Matthew Payne was a CEO and one of the most successful men in the city of Los Santos.

He owned numerous properties around the city and was the CEO of Payne Real Estate. He was on good terms with Los Santos Police Department and gave the police a discount on housing in Mirror Park and Vinewood.

Payne loved money, being in control of his own affairs, and respects loyalty. He can be loud and cheerful or act like a self-important rich man, who doesn't waste his time on people that don't offer him any business value ("peasants"). He had relationships with numerous leaders. Working with Payne is an interesting experience. His larger than life personality means conversations and plans are rarely straight-forward.

Labelled as 'just a realtor' a.k.a an innocent civilian at heart, he's developed a hardened side after being forced to participate in intense criminal activities (see Warehouses below). Payne's trademark high pitched scream can be heard when he thinks he's in danger. He has a distinct manner of speaking, and gives people rhyming nicknames.

Payne Real Estate is a realty company founded and managed by Payne. He sells properties across Los Santos to everyone. Police and criminals are some of his best clients. He often rents properties to south side gangs which has recently caught the attention of police. Payne hired and manages several realtor employees as the company CEO.

The HOA was contracted by Payne to lower the crime rate and raise the property values in Mirror Park and Vinewood neighbourhoods.

Homes in these areas have a high value and were often subject to break ins and theft. The HOA works to secure and protect Payne's properties. Their methods are often questionable but Payne is willing to look the other way to ensure his properties are secure.

Payne leased The HOA a Vinewood property free for a period of time, as Siz Fulker (Sizzy Wizzy) was a close business acquaintance.

Lang Buddha was the first client who was sold a warehouse personally by Payne, and therefore knew of Payne's warehouse endeavor.

Payne's level of respect for Vinny had grown along with their friendship. They routinely make each other mald, however Payne speaks highly of Vinny and values his loyalty deeply. Payne calls Vinny his business partner. He listens to his opinions, and over time has valued his recommendations and input more and more. They've also experienced friction when Vinny left, as he no longer wanted to lie to his boys (Chang Gang), though Vinny re-joined Payne shortly after.

Payne was working closely with his partners to ensure he is not easily linked to his warehouse storage. The warehouses were planned for over a year, with the original storage concept discussed with his other killer Nino Chavez.

However the knowledge of Payne's involvement spiraled out of control, after Buck Colton followed Eugene Zuckerberg and discovered a pin code storage. Buck shocked Payne with secret knowledge that he had worked with Nino, heard of storage, and that Nino was a gun connect. Being a gun connect was a highly kept secret Nino had even kept from Payne. Payne knew Nino's Cousin would be interested in this leak. Sharing this secret went against a promise Buck had made to Nino, thereby calling into effect a Perma contract.

Payne, along with business partners Slim and Vinny, enlisted Lang to help capture Buck. Referred tongue-in-cheek as the Payne Gang, they kidnapped Buck, with Buck's crew (the 404) failing the attempt to save him. Payne gave the order to kill Buck at the bunker location. Payne Gang moved onto tying up 'loose ends' beginning with the 404 crew. However before dying, Dragon exposed a note leading to further loose ends that Payne needs to worry about. Payne Gang later learned the contents of Dragon's note. FYI, Payne has perma contracts with Lang, Slim and Vinny.

Although originally caught up in the moment after being forced to kill multiple people (acting as 'the new Payne'), Payne's anxiety level and mood have been negatively effected, as he wavers between civilian and death dealing criminal.

Since the initial exposure of Warehouses, new leaks continue to occur. Payne surrounds himself with competent people to protect the warehouse business, including sharp shooters Curtis and Flippy. However these people are subject to change, due to internal and external drama / conflict.

Payne has also expressed an interest to return to his more diplomatic lone wolf days, as seen in 2019 before the Warehouse saga.

In Feb 2020, Payne received a private call (from Shadow/Talon) informing him of a secret organisation (Talon is a terrorist organisation whose aim is to expose corruption within the Police Department and Department of Justice).

Late March 2020, after bringing Lang Buddha into the Warehouse operation and showing him the RPG, Payne and Lang made a perma contract. With trust from Payne, Lang opened up and Payne and Slim met Shadow (Lang's Talon persona). They were also shown Shadow's secret Talon headquarters.

Payne was officially inducted into Talon, after Payne completed the Talon ceremony.

In June 2020, Payne asked Lang to leave 'Payne Gang'. Lang hinted that Payne might be out of Talon, although he has since also indicated that Payne is still involved.

In March 2020, Payne offered to help his best friend Slim run the VU, however at that time Slim declined. Slim transitioned from the public owner of the VU to being the shadow owner, putting Evita Nimm in charge of the places day-to-day tasks while remaining in charge of the underground fighting pit.

On May 22 2020, Payne became one of the managers of the VU. His purpose was to launder Warehouse money. However he feared he could no longer control laundering when Slim gave Speedy a management position without Payne's consultation.

Fearing future decisions could easily be made impacting his work and plans (money laundering), without his input or knowledge, Payne left the VU.

*Note, list not current. People have left and joined over time. 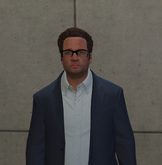 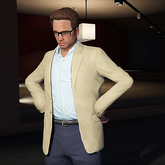 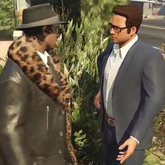 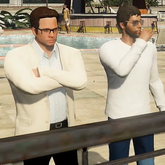 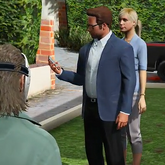 Payne's stalker Cassie makes sure he isn't txting a female 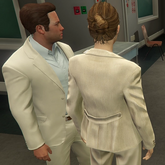 Brenda "wearing the pants" dressed like Payne to house shop 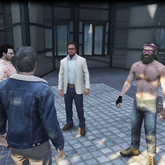 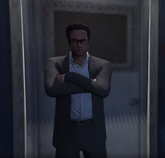 Payne in front of warehouse storage 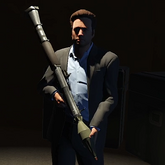 Payne acquired an RPG foreclosing on Ed the gun dealer 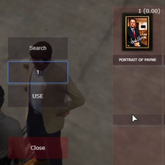 Payne in “A Peek Into NoPixel” trailer 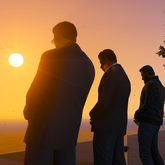 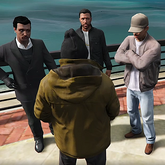 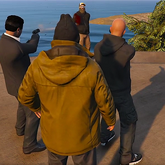 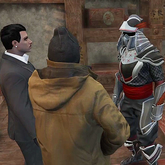 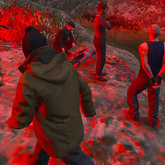 Payne finds out Dragon has a note exposing him further 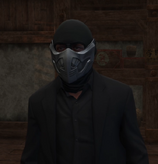