Matt Rhodes is a character role-played by curvyelephant.

Rhodes is a 32 -year-old caucasian male with scruffy blonde hair. He is widely regarded as one of the best drivers and leaders in the PD. Despite his relative newness to the PD, he is highly respected as a leader and role model to new officers.

Rhodes values honesty, even from criminals: He's willing to work with people who can admit they're at fault. But he is strict and he will fine anyone, even if they're just driving 1mph over the speed limit. He is a self-proclaimed "petty bitch" and till today hasn't lost a pettiness war.

Despite the BCSO having a reputation for incredibly bad drivers, Rhodes breaks the mold; regarded by some as one of the best drivers throughout all three departments.

With his formal schooling (and personal studies since), Rhodes has a strong understanding of case law; to the point where the LSPD Chief of Police, Bob Smith's feedback on him during academy was, "He [Matt] was a lawyer, now he's a cop. He's a lawyer cop; he can fight the lawyers in Mission Row." 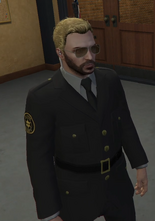 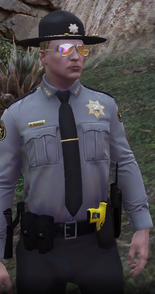 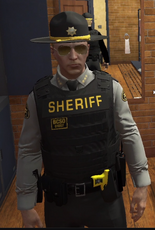 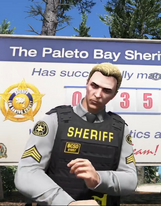 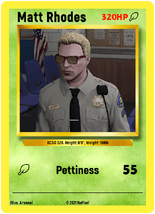 Rhodes in a meeting 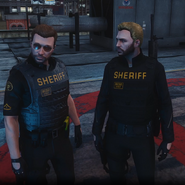 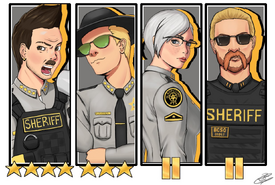 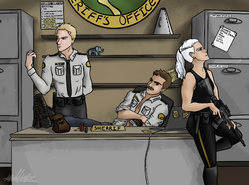 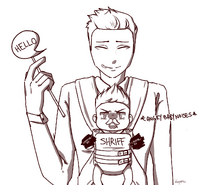 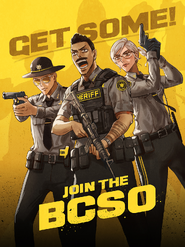