Mary Mushkin is a character role-played by kyliebitkin.

Mary Mushkin is manager at the Six Star Tuner Shop. She is heavily involved in the illegal street racing scene under the alias R3dD3vil until her arrest when she changed to Shinigami. She previously was a night-time dancer for the Vanilla Unicorn. Having grown tired of drama surrounding the racing scene, she has since stepped away as one of it's unspoken leaders alongside Eddie Marshall although she is still one of the scenes most respected figures.

Mary is a 19 year old female identifiable by her red hair pulled back in a messsy bun and pale skin.

She also has a microchip and cybernetic contact installed by Roman Shacks that allows her to use the company computer without opening her laptop.

Mary started her time in Los Santos being quite oblivious and naïve and would agree with almost anything, even if she doesn't quite understand. She has a range of public personas depending on the scenario. She speaks in a very monotone voice, often making it hard to read her emotions, or to know if she feels any emotions at all to those, she’s unfamiliar with. When with those she is comfortable she acts in a much sillier and open manner. At work she has become quite the savvy business woman taking on money making ventures wherever she can find them often impressing the richest and most powerful in the city. She also has a cold and ruthless persona as the R3dD3vil that strikes fear into racers and boosters when tasked with enforcing the rules of the Puppet master,

Mary was born in Vice City and moved to Los Santos during her young-adult life, trying to find her own way in the world after being disowned and reported to the FBI by her father for stealing $1M from him via wire fraud.

She ended up working as a dancer for the Vanilla Unicorn, becoming one of the clubs best entertainers through her method of stripper therapy, earning her way into her own personal poster on the outside of the club.

She eventually managed to gather up enough money to be able to afford her first vehicle, a second-hand old and rusted surfer van. Since Mary only works as a dancer at nights, during the day she can usually be seen driving around the city in her van, looking for various ways to earn a little extra money on the side.

Mary always had an interest in racing but never new how to start, until Tony Corleone showed her how to steal a car and invited her to race. Since then, Mary has never looked back becoming one of the city’s most successful and infamous racers earning nearly all her money racing. Despite her notoriety she has only been caught once in a controversial arrest where she was identified by Trooper Snow despite being masked due to her tattoos, she took the case to trial however due to her lawyer’s incompetence lost the case and was unable to appeal. Since that day she has a deep distrust of Police and has never been caught since.

Due to her success in racing she quickly drew the eyes of the Puppet Master, the mysterious shadow leader of the race scene. Impressed by Mary the puppet master tasked her with enforcing his rules on the race scene and later the boosting scene when it entered the city. Impressed by his power she was enthusiastic to work for him carrying out his tasks with great efficiency. One race she received a call from the PM on the starting line instructing her to win the race which she successfully did as a reward she received a race creation dongle allowing her to create races in the city.

Since being introduced to the PM she has engaged in multiple unbelievable events on his behalf including a death race, a race against a jet and stealing an F1 car for its engine

Her racing also caught the attention of Eddie Marshall the notorious street racer Titanium, together they formed the Midnight Club, a racing club meant to embrace the best the race scene has to offer, together they created the track Midnight initiation and invited select racers into the club. Due to the club’s reputation in the race scene, it became the defacto leader of all racing positioning herself as one of the most powerful racers and people in the city.

The first and only Midnight club event was the Midnight heat a weeklong event organised by Mary and Eddie  where competitors raced for a chance to claim themselves the midnights heats champion along, via multiple daily heats ending with a knockout tournament with a large cash and GNE prize, the winner was Phantom after Titanium crashed a GTR R35 into the dam, after this a wildcard race was held to with best racers of the series to find a racer to  race 1v1 against Big M for the chance to win a vin scratched S15 the winner was Goofy who failed to capitalise and lost the race against Big M.

As the scene grew so did the expectations on the club, despites its intentions never being to manage the race scene that was what it was perceived as, resulting in every minor complaint being directed towards the club. With most members not taking initiative the pressure built on R3d and Titanium and after a 2-day suspension of racing, to decide on the direction to take the race scene, the midnight club was dissolved in favour of a council of clubs via a vote. Following this the track Midnight initiation was deleted as it was no longer needed.

Mary Mushkin is the head of sales at the 6STR Tuner Shop and 3% shareholder after investing $150k. The shop is owned by Eddie Marshall and alongside Tommy Cruizer they make up the 3 heads of the shop. Since the shops opening Mary spends most of her time managing the shop and babysitting her colleagues, resulting in her having little time to race but creating a new reputation as a capable business woman impressing other powerful people in the city like Cerberus.

Following the opening of the Tuner shop the price of GNE soared to new heights causing a surge of new racers on the scene. In an attempt to reduce the price and chaos in the scene Marlo Stanfield and Big M fully stocked bennies resulting in the crash of the GNE market. Unhappy with this the PM increased the tuner shops GNE quota from 20k to 60k a month. During this conversation Mary realised that she was not as special to the PM as she had once thought and was only a tool for him to use. Later in the day both Big M and Tony were shot by the PM, for their involvement in crashing GNE. Big M and Mary had bonded during their time carrying out the PMs orders and shortly before his death revealed she looks up to him and likes to call herself Lil M due to there matching initials. So, his death hit her hard and turned her against the PM making Lil M as a new alias to fight back against him.

Following the dissolving of the midnight club Eddie and Mary formed the racing crew Yokai. Yokai refers to Japanese spirits, legends and demons and was chosen due to both of their close relation to the subject, Eddie with Titanium’s Oni mask and Mary with the Alias R3dD3vil. The crew will be identifiable with its use of blacklight neon’s and headlights, marking the first deviation from red since she started racing. Members of Yokai will also claim a specific Yokai as their own. Titanium claimed Oni and Mary Shinigami, the supernatural spirits that invite humans toward death.

Another change to Marys racing identity came following the death of Big M, in the aftermath she was approached by a mysterious figure later revealed to be Tao Chen who requested her help gathering resources to repair Big Ms mask for Tony in return he created a custom mask for Mary. The mask is a red interpretation of Ms mask with added tears. Initially this was intended to only be used when appearing under the Lil M alias she instead adopted it for R3dD3vil, dropping her signature Bigness mask and helmet, to make it more known in the city.

After the impeachment and removal from office of Mayor Abdul, Mary decided on a whim to run for Mayor in the December 2021 Election.

Her key policies were:

R3d was finally caught during a street race when Titanium’s car was disabled and surrounded by cops. To destroy the evidence and any links between Eddie and Titanium she used an RPG on the broken R34 killing 6 cops in the process.  Cops opened fire on her Sultan V8 popping several tires. In a last-ditch effort to escape she decided to drive to Paleto to attempt a fix, on the way there her car was fired upon from air-1 eventually being disabled. Cops then proceed to gun her down. AP and others including Eddie, Miguel, Flippy, Aleks, Mario, Phantom attempted to free her from custody. They proceeded to wipe most of the police but all were eventually downed or caught, except Eddie and Phantom, before being able to reach her.

Following her arrest, she was interrogated by Snow, Copper, Fury, Casterman and Espinoz. During the conversation Mary revealed many connections to the Puppet Master and Puppets, including her closeness to Big M and dislike for Earl. She used her position as being a pawn for the PM as a cover up for protecting Titanium, claiming she was ordered to do it and that she received the RPG from Earl not her apartment to avoid a raid however she was raided anyway.

During the raid the PM contacted the police to tell them to return what is his, he then attacked the Police when they were searching the vehicles parked at the tuner shop with drone attack helicopters to prevent the police seizing his GNE. Although he was unsuccessful.

Mary is the owner of Mushkin’s Motors a used car dealership and shell company. The company was created as a shell company to own a garage for her racing crew Yokai as a secret storage facility for their cars away from the tuner shop, so as not to draw heat to the shop.  However she also uses the company as officially proposed to enhance her side hustle of buying and selling used cars. Mary hired Bryan Chapman as the head of sales although he was fired/quit shorly after due to disagreements about how the business ran.

Mary had a singular street racing charge on her record before her expungement (or sponge bath as she calls it) by Judge Crane. A charge for which she has repeatedly claimed she was framed, despite committing the act in question, due the nature of her arrest.

Followng her capture as R3dD3vil she recieved the following charges:

Totalling 261 months and $48,950 in fines. Time was reduced to 1 month due to the extensive time served in interrogation and on raids. She received the following the possession charges, 2 weeks after the raid for the contents resulting from the raid:

Totalling 49 months and $14,250 in fines, however they decided on no jail time. Both Fury and Snow also forgot to bill her. 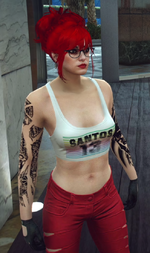 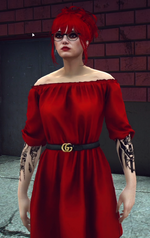 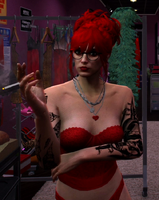 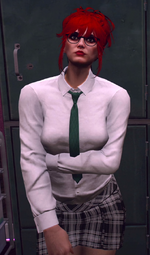 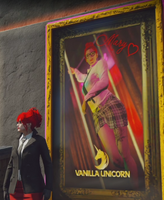 Mary and her Vanilla unicorn poster 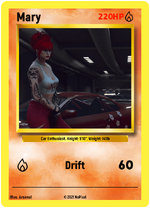 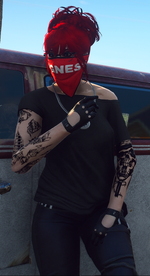 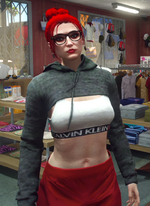 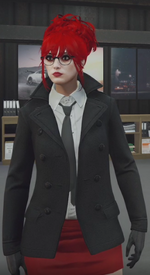 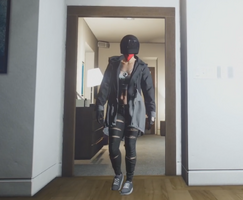 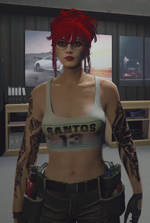 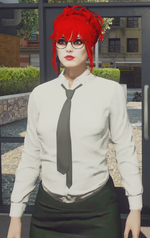 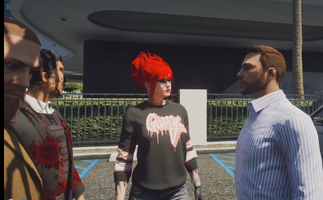 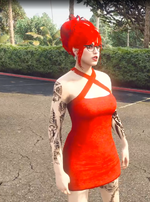 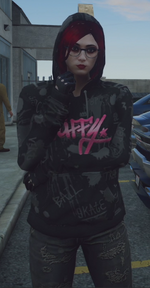 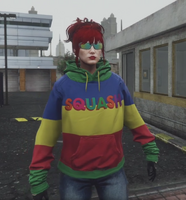 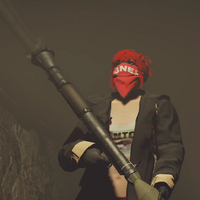 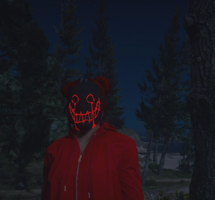 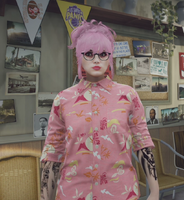 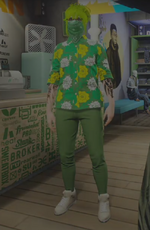 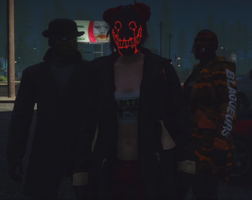 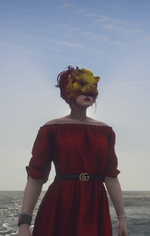 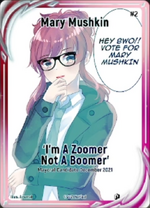 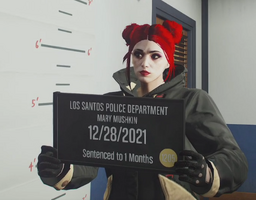 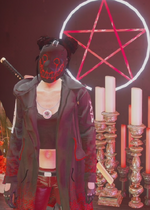 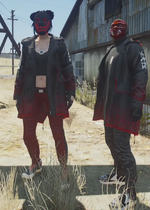 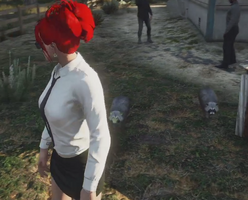