Black
Mark White is a character role-played by TwistedBones.

Mark White is an espionage and infiltration specialist. He uses his skills to gather intelligence and then sell it to the highest bidder. Described by many as a ghost, a shadow or a ninja.

Due to its popularity, Mark White spends a lot of time surveying Burger Shot, which leads to him having footage of half the city's shady dealings.

Since he is able to get this footage without ever being seen, the belief has spread that he is either a supernatural being or a highly trained agent for either a terrorist agency or a foreign country.

The Nut Boys formed as a pact to keep themselves safe from Mark White's perceived inhuman abilities of being everywhere and knowing everything.

Mark White started off as an infiltration agent sent by the CIA to South America, his mission was to infiltrate a drug cartel and gather as much information as possible. Codenamed "Viper", Mark White exceeded the expectations of his handler and commanding officers when he climbed the ranks of the cartel to the point of becoming its leader. Still a man of integrity, with the mission on his mind and nothing else, when the 'go-ahead' was given Mark White single-handedly took down the drug cartel from the inside. Being solely responsible for this, however, painted a target in his back, but then like now, catching him proved impossible, so his enemies started committing heinous crimes while dressed as him, claiming to be Mark White.

The fact that Mark White could be anywhere at any time due to people claiming to be him might've led to the modern belief that he can in fact be in multiple places at the same time.

After taking down the cartel, Mark White was forced to move to Los Santos, where he puts the skills he learned both as a CIA infiltration specialist and from evading the most dangerous drug cartels in South America for years as a means to gather footage and intelligence on his "targets"

His main motivation is not evil, but money, having blackmail material as his main goal when gathering pictures and videos, most often than not targeting the rich and powerful, consequently making enemies with some of the most powerful men in Los Santos, he is yet to be caught, so he is yet to be punished for his actions.

When blackmail fails, Mark's main client is the Los Santos Police Department, often using his footage in court, or presenting it to the Department of Justice in order to justify raids and no knock warrants.

Knowing everything and having incriminating pictures of everyone has led Mark White to be one of the most powerful man in the city due to his ability to bring down whoever he wants whenever he can, usually when they don't pay, or someone else pays better.

This makes Mark White a big problem for a lot of people. For while unseen, he sees all.

"Mark White"* has previously been charged with:

Mark White is accused by The Nut Boys of:

The chief officer of the department of criminal investigation, Wrangler is Mark's biggest client as of now.

Bogg and Mark had a run in after Bogg was asked by Jackie Snow to find out who this elusive "Mark White" was for they have heard his crimes to be numerous and of unmatched scale. While doing so Bogg was unaware Wrangler had made contact with Mark White who Wrangler considers the best possible asset one can have in the state of Los Santos.

The Police ask Mark White for his ID

Mark White with his trusty camera 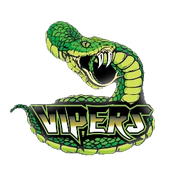 The Logo of Mark White's previous gang, "The Vipers" 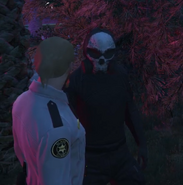