On July 28th, 2021 the Major Crimes Division was disbanded. As of August 8th, 2021, it has been superseded by the Street Crimes Unit.

This page will not be deleted, as it helps people identify who the prominent detectives were previously.

The Major Crimes Division was the third investigative division for the Los Santos police force from February 25th, 2021, until July 28th, 2021. It was the first of its kind in 3.0.

The Major Crimes Division was led by Johnny Divine until his admittance into the Intensive Care Unit of Pillbox Medical Center in early June. On June 16th, following several weeks of Divine's absence, Lance Malton was appointed as the temporary head of the division. Malton led the division from June 16th until July 28th, when the division was dissolved.

On June 16th, 2021, Lance Malton was appointed as the temporary head of the division, as Johnny Divine was expected to be in the intensive care unit of Pillbox Medical Center for a long period of time. Alongside this appointment, Sam Baas was made a supervisor for the division.

On June 17th, 2021, Undersheriff Matt Rhodes informed both Luka Kozlov and Lauren Forcer that there would be a restructure of the Major Crimes Division following the appointment of the next Chief of Police for the Los Santos Police Department. Both Kozlov and Forcer left the division two days later, on June 19th.

On June 23rd, 2021, Lance Malton appointed both Lily Pond and Daisy Dukakis as supervisors for the division, filling the vacant roles left by the departures of Lauren Forcer and Luka Kozlov.

On July 2nd, 2021, Lily Pond resigned from the division, later stating to Matthew Espinoz that she believed that the overall police structure doesn't properly support the division.[1]

On July 28th, 2021, Johnny Divine was finally released from the Intensive Care Unit of Pillbox Medical Center. Shortly after, he was informed by Lance Malton that the division was being dissolved to make way for a new investigative division.

On August 8th, 2021, Jeffrey Bundy was appointed as the head of the new Street Crimes Unit. 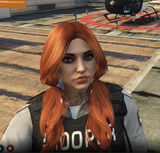