Luka Kozlov is a character role-played by luka_aus.

Luka Kozlov is a Sergeant for the Los Santos Police Department, Badge #447.

He was previously a "Sergeant Detective" for the Major Crimes Division.

Kozlov is a more laid-back officer, he especially enjoys stake-outs and investigating gangs. Recently he teamed up with Kyle Pred to investigate the south side gangs. The two make an effective duo and their teamwork dynamic has made Luka refer to Pred as his personal "Pitbull".

During Luka's younger years, he joined the military and served with NATO, where he met Jackie Snow, Vladimir Raven and Owen Svensen. Luka, along with Snow, Raven, and Svensen, were investigated for alleged war crimes that they committed during their service. The four men were were acquitted of all crimes.

Although the court case filed against the men for their alleged war crimes was based in the middle east, Luka found his way to Los Santos to find things to fill his free time. In January of 2018, Luka joined the Los Santos Police Department with Svensen and Raven. 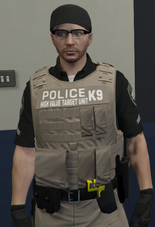 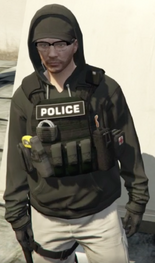 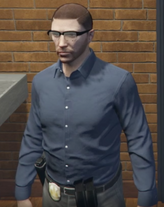 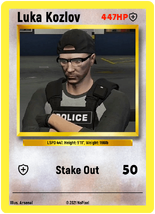 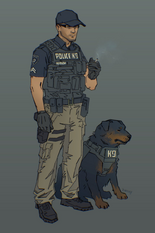 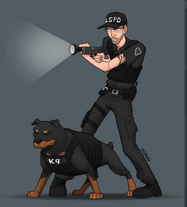