Plumber
Luigi Mario is a character played by Vader.

As of Oct. 25 2019, Luigi has returned to terrorise the local racing scene. 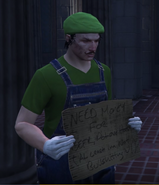 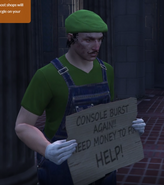