Liz Anya is a character role-played by alexhasg2g.

Liz Anya is the stage name of American singer-songwriter Elizabeth Tanya Hillridge. Liz was born in Berkeley, California, but at the age of 2, her family moved to Indio, California, where she would spend her time going to terrace parties and attending music festivals like Coachella. She was an only child who lived a very privileged life, with her wealthy parents funding everything she could ever need including early education in drawing and painting. Liz’s mother was a painter, and her father was an art collector. They both expected Liz to become a painter just like her mother. Although Liz had all the proper education in art, she was not passionate about it and would skip her classes to hang out with local musicians. When her parents got word of her bad grades, they confronted Liz and told her that she had to be serious about her art career if she kept living with them. Liz became so upset that she ran away from her parent’s home with two girls she met at Coachella. Oma Lette (Omara Letterman) and Cora NaDawg (Cornelia Natasha Dawning) were from neighboring schools and quickly became close friends with Liz, supported her life change, and ran away with her. At the age of 18, shortly after she left, she had her name legally changed to Liz Anya and began to pursue her music career.

Liz is different, she's not like other girls. She's a very honest and down to earth person that could make the best out of every situation. Liz has diagnosed herself with multiple personality disorder, which she refuses to get checked out because she is faking it for pity streams and attention, as well as a lack of accountability for her actions. She is the ex-lead Singer of the Indie band In The Making. Currently she's a solo music artist.

Liz has a short blonde mullet which she dyes red. Liz also uses a lot of cheap wigs that help change her face shape. Liz is usually wearing her iconic shirt-dress and "LGBTQ leggings". Her clothing color theme consists of natural toned colors like white, orange, deep blues, and lots of patterns like polka dots and floral print.

Liz has made up other personalities so that people think she is quirky and different. She has been faking her personality switch for so long that she's convinced herself that she actually has multiple alternate identities.

Anne is the complete counterpart to Liz. She is a mean, nasty, men-hating deep, and husky-voiced girl fueled by hate. Anne is almost always irritated and aggressive when she comes out. She starts to walk like she is carrying a heavyweight on her back. Liz first developed the personality after attending the Nine Inch Nails "Wave Goodbye Tour," which is when she first heard industrial music live and was thrown around in the mosh pit. Liz created Anne to stand up for herself without taking responsibility and demeaning her true nature.

Todo is Liz's only non-human personality, which she based on expressing anger the way that dogs do, by barking. Liz got the inspiration to create Todo when she watched the Wizard of Oz. Todo comes out when Liz becomes uncontrollably enraged at a situation and wants to freak out the person/people causing her to be irritated. Liz gets on all fours and begins to start barking uncontrollably.

Dixie Normous is an eccentric animal hunting southern woman that wrestles mud gators and is constantly concerned about her eight children, who she needs to feed. Liz made up Dixie as a way for her to go hunting with her friends without going against her animal-protecting, vegan morals. Dixie is Liz's only personality who is unaware of who Liz is.

While Liz herself is neutral, Brownie is a personality she developed to be the complete opposite of Anne. Liz named Brownie after her favorite childhood dessert because she is a sweet girl who always has the best interest in what is morally correct rather than good for Liz. Brownie often comes out when Liz is being bullied or overwhelmed, where she will start panicking and crying and asking them to stop being mean to her.

I'm Different debuted at #1 on the Los Santos Alternative Charts on October 28th 2020 and remained there for 11 weeks. The song was bubbling under the Top 5 on the LSBN Charts in March of 2021.

Love Me was debuted as a digital only single, but got a limited edition physical release, with no promotion. which peaked at #6 on the LSBN Charts in March of 2021.

Ro Block Kidnapped & Robbed Mackenzie Hayes (the Cop) For Her PD Assault Rifle + PD Glock peaked at #3 on the LSBN Charts and remained on the charts for 3 weeks after. The song became a cultural reset, and a cult classic, causing it to climb and fall off the charts periodically throughout May of 2021. The song was very close to a #1 debut, but because of scandals with payola and Russian bots faking plays on other artist's song, it never reached the #1 spot although it is Certified Platinum by the RIAA.

BLOCK PARTY debuted at #5 on the LSBN Charts with no promotion by Liz Anya, or Wu-Chang Records.

Solo debuted at #1 on the LSBN Charts, and remained #1 for 1 week and 3 days on July 9th 2021. The song was a smash hit and became Liz's first mainstream song in the Alternative genre. The song was also Liz's first #1 single, and her highest grossing single to date. The song alone earned about 40 thousand dollars for Liz in physical sales and ticket sales with a sold out premiere at the Rooster's Rest.

I HATE YOU DAD did not debut on the LSBN charts. The release of the single was purely physical with limited edition merchandise. The song is very controversial, and although it is regarded as one of her most experimental songs and renowned by her fans, it is also a commercial failure, and Liz Anya's first flop of her career.

The DUFF/B.F.B.F EP peaked at #1 on the LSBN Charts on July 31st 2021, and remained in the top 5 for 3 weeks, the song charted in the top 5 alongside the release of Liz's Debut album Sinking.

Sinking debuted at #1 on August 6th 2021, the night of her sold out stadium performance at the Vinewood Bowl, which was also the largest concert ever held in the city. 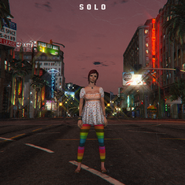 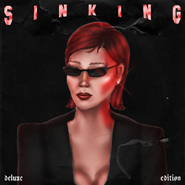 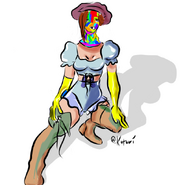 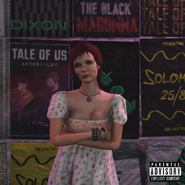 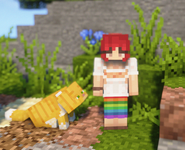 Liz & Carfield in Minecraft (By Milonka) 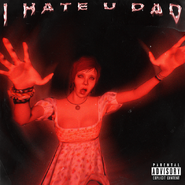 I Hate You Dad Cover (By Milonka) 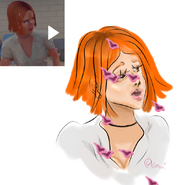 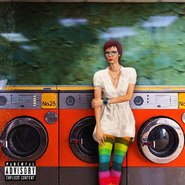 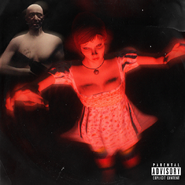 I Hate You Dad Alt Cover With Mel (By Milonka) 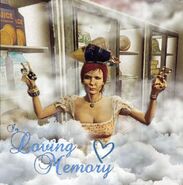 Liz & Carmella Portrait (By Not Agata) 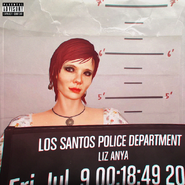 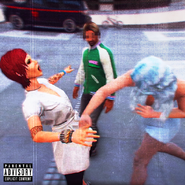 Noelle, Liz, and Eezy performing at DeansWorld (Edited by Milonka)