Liam Law is a character role-played by ZPapz.

Liam Law came into the city September 2021. He reunited with his sister Lexi Law who then introduced him to the Angels. It didn't take long for all of them to get along and was invited to be part of the family as an associate, October 9th, 2021. After proving his loyalty, taking the lead on the Angels meth arc, dealing with the finances and Marabunta Grande, he was offered the position of Full Angel November 9th, 2021 and passed his initiation on November 16th, 2021.

Tuesday, October 9th, 2021. Liam was offered the position of Full Angel, On the condition that he can complete the Angel Traditual Initiation... to kidnap and rob a cop. He was given time to plan how he would approach this.

A week later Claire, Violet, Alex, Lexi, Victor and Blaine met with Liam at Casa to discuss his plan. His original plan was to kidnap Roy Armstrong (member of the BOZO Task Force) and force him to rob a house. Lexi however informed everyone that Roy hadn't been around this day so they would have to do the plan with a random cop. With the plan (not very well) laid out and then later failing due to Liams first cop hostage getting away, they change into full black attire and started again. Then set off on their mission to find another cop. They hunted through the night until they found Marcel King conducting a sting operation in the red garage. Liam cuffed King and drove him to Bob Smith PD with the Angels trailing behind. Liam and Clare brought King into the PD and made him change out of his uniform and sign off duty they then piled back into one car, dawn was breaking and so, the boss was no longer handing out house robbing jobs for the criminals and so the plan had to change. they drove to the cliff side of Paleto beach where Liam robbed King of his lucky quartz and his police badge. Then they made their way to the top of Mount Chiliad forced King to tweet "#fucktoretti #rippopsmoke" then Liam sent him to the edge of the cell tower and gunned him down.

Back in the city they changed into their Angels bombers and went to the tattoo parlour where (in the company of Julio Thomas also) Claire dubbed Liam a full member of The Angels and gave him his wings. 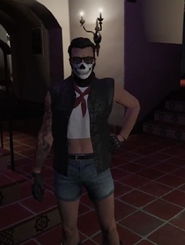 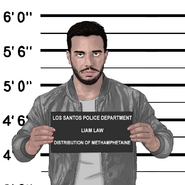 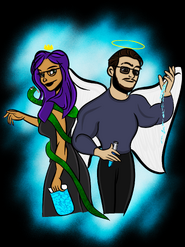 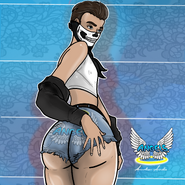