Lenny Large is a character role-played by Juggs.

Lenny used to be a full time employee at Burger Shot. He is compassionate loyal worker who once went above and beyond to "Eat a burger and don't do murder" #dab. Lenny enjoys driving his car in his spare time and is an avid car show enthusiast.

Lenny also happens to be very talented, a musical genius. He has performed jazz piano for Italians such as Humberto Antonio "Don" Donato Pecorino, Tony, Nino, and Lang. He then also played his personally made theme song for them. Thus causing him to be scouted by the Italians to come work for them at their restaurant. Although, Lenny refused due to his loyalty to Burger Shot.

After getting fired from Burger Shot, Lenny has been exploring his clothes options more. He can be seen wearing a maroon or grey hoodie with jeans and an alien cap at times.

Lenny is rarely seen without his black tinted sunglasses.

Lenny is extremely passionate, loyal, and devoted. He is often seen putting himself in danger to save and help his friends. He is a bit of a womaniser and can be flirtatious towards women and often makes people uncomfortable because of this. He likes to show off his "The Black Mamba Pushup". Lenny is very easy to get along with and is usually friendly towards everyone he meets.

In serious situations, Lenny can be observed being very careful and clever. A contradiction to his at times flamboyant behaviour around his friends.

Lenny is also often forgetful towards situations where people hurt him and he wanted to get revenge but then forgets about the situation and getting revenge a few minutes later. He struggles to make decent friends and is often betrayed by the friends he does have, or forgotten and left out from doing group activities. Lenny seems to be unaware of his selflessness towards other people and not getting much in return.

He enjoys being around people but doesn't mind to do things solo. Lenny is very quiet and calm when he is by himself.

In general, Lenny has a very calm and humorous demeanour.

When Lenny is upset, he makes a very distinct, singular "A"-ing noise.

Lenny grew up in an abusive household where his father constantly verbally abused him, in which caused Lenny to develop speaking and talking about himself in third-person.

Recently, Lenny has created a small, secretive, developing organisation called "The High Society". Their main motive is growing, collecting, and selling weed. He is one of the original founders of this organisation. The organisation lasted for a few weeks before disbanding.

Not much else is known about Lenny's background or how he ended up in Los Santos.

An organisation started by Lenny, Jeffrey, and Dimitri with the intention of growing, collecting, and selling weed. The group fell apart slowly after a few weeks. The group slowly started losing motivation to grow weed with each other. 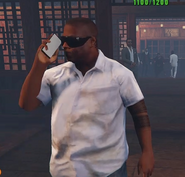 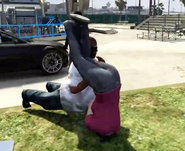 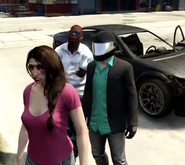 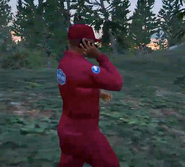 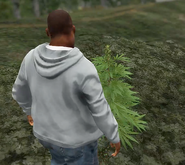 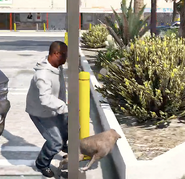 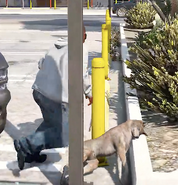 Lenny jumping off a ledge after he found out his best friend Ash fell off and tries to save her. 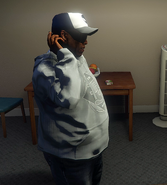 Lenny on the phone, wearing an alien hat. 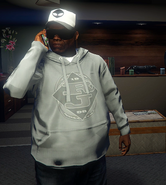 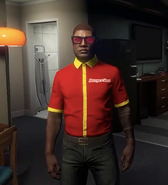 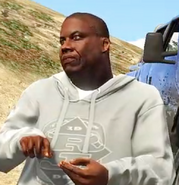 Lenny without his sunglasses.