Lenny Hawk is a character role-played by MOONMOON.

Lenny Hawk is an Officer for the Los Santos Police Department, Badge #411.

Born in Jacksonville, Florida, Lenny Hawk suffers multiple deformities due to his family's practice of selective inbreeding. He initially presented as ugly, showing discoloration in his face, a distinct lack of a chin, a dent in the back of his head, and being born without proper use of one eye. This appearance was made far worse by an explosion in which he suffered severe burns across his entire body. His "single" eye changes sides at seemingly random times, and is either covered with an eyepatch (sometimes sporting a painted googly eye) or supposedly matched with a glass eye.

Lenny and his brother Kenny Hawk came to Los Santos to start up Hawk Security Services, offering security services to the people of Los Santos at the rate of $50 an hour. They were hired by law enforcement shortly afterward. Lenny currently holds the position of Officer for the Los Santos Police Department, Badge #411.

Lenny has a profound love for his country, and was a huge supporter of the "boys in blue" in Los Santos prior to his LSPD employment. This passion is likely a result of his father and four stepfathers being cops. Before becoming a Cadet, Lenny displayed the highest respect towards law enforcement, helping them every chance he got. Consequently, this gave Lenny the reputation of being a snitch, typically calling 911 for any crime he had witnessed, no matter how minor.

Lenny served in the Coast Guard for 5.1 years. During his Coast Guard service, Lenny claims to have suffered a gunshot wound to his testicles, resulting in their loss. Further, he claims to have served during the first Gulf War, and that his son Denny was conceived during that time, which would make Denny, actually age 9, hypothetically 30 years old. Lenny has made countless contradictory statements as to his service history, has a near constant impulse to affirm these contradictions to his colleagues, and is strangely specific about aspects of his time in the armed forces. In one breath he claims to have been a child soldier, and in the next vehemently denies it.

Lenny came to Los Santos as a Pentecostal Christian. His religious beliefs have since evolved. After meeting Elder Spencer Smith, he amended his belief system to be "Pentecostal Mormon". Shortly after, he fomented his own branching brand of mormonism that he named the Not Racist Latter Day Saints, NRLDS. It was amended multiple times afterward, the final acronym reading "NRPGNCLDSSA" (The Not-Racist Pro-Gay Not-A-Cult Latter-Day Saints of San Andreas). Lenny has largely used the Mormon foundation as an excuse to obtain multiple wives to build his own "mormon planet after death".

Because Lenny does his own research, he believes in almost every conspiracy that he comes across on various online forums, which he sees as "legitimate sources of information". Some conspiracies include 5G radiation waves, birds as robot drones, the sky as a screen created by the government to hide God, microchips in vaccines, misunderstood mormon foundationalism, mirrors being portals to the hell dimension, and many more. 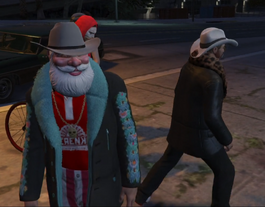 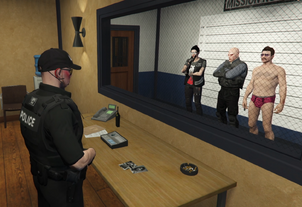 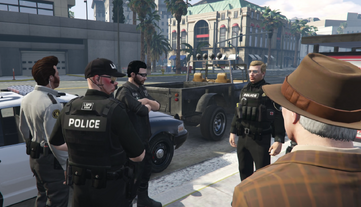 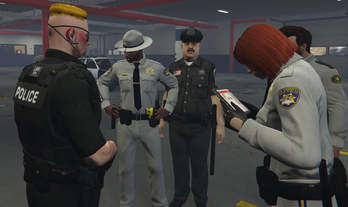 Getting quizzed on police terminology 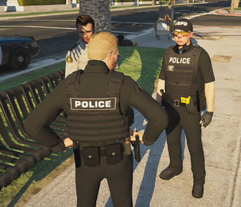 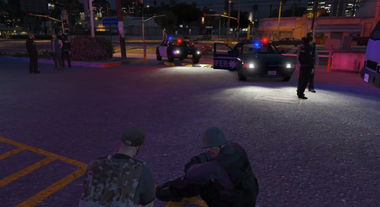 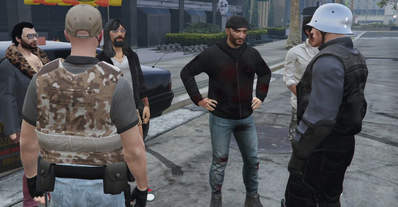 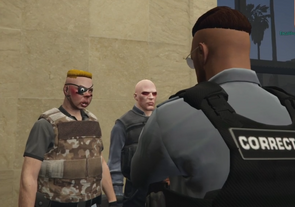 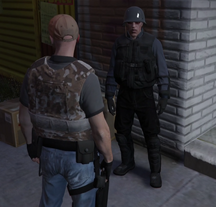 Talking with Police after Citizen's arrest 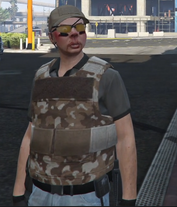 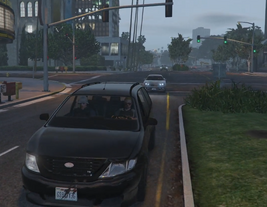 Driving in their Mom's van 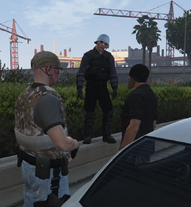 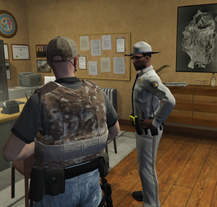 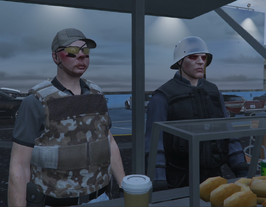 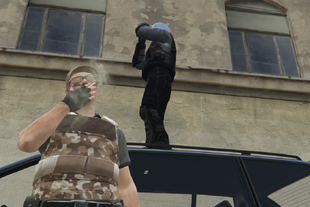 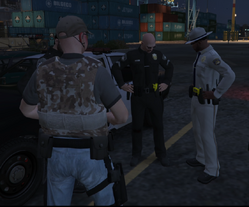 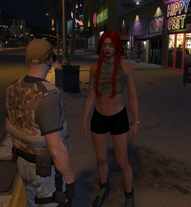 Lenny discussing with a stripper

Enjoying a smoke at the PD 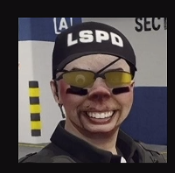 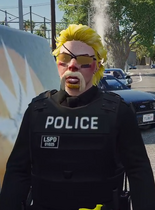 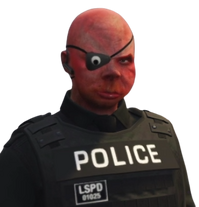