Larry Hallow is a character role-played by Asteroba

Larry Hallow is a Judge for the Department of Justice.

Larry has black hair styled back in a professional businessman cut with a neatly trimmed dark beard. Larry wears bulky rectangular glasses, often dressing in a vest and buttoned-up shirt combo with sleeves rolled up to his elbows.

Growing up in San Jose, California, Larry Hallow arrived in Los Santos to become his twin brother's, Jerry Callow's, paralegal. After Jerry's extended absences from the city, it became apparent to Larry the multitude of legal issues the people of Los Santos required assistance with.

Larry soon became a Special Prosecutor, taking over as interim DA for Lawrence Splainer for a brief period, with hopes to one day hold a permanent role as a District Attorney. 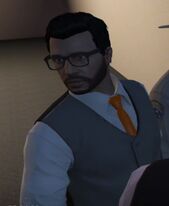 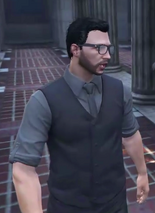 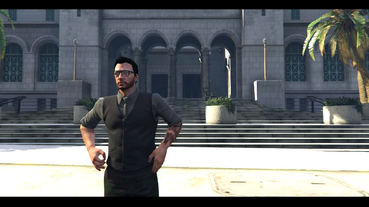