Lana Valentine is a character role-played by Viviana.

Lana is a bubbly and socially awkward former Theater Major; who used to dream of becoming an actress. But, unfortunately, she ended up choking (three times) in the midst of the audition by not remembering the lines. Lana then lost her chance at ever entering the acting world. She came to Los Santos to fulfill that dream but since it didn't work out, she soon became a geek, Put on a pink wig, and got addicted to video gaming. She even entered e-sports competitions, and dabbled some into anime; her most favorite is notably Princess Robot Bubblegum! She is also a computer whiz.

It's unknown what happened to her previous parents. As a baby, she was floating down a river and was found by her two gay dads who adopted her as their daughter. Unfortunately later on some years, her two gay dads had ended up getting divorced and her dad abandon her with her other dad, Seymour; leaving her to develop abandonment issues.

Somewhere down the line, she briefly had a problem with drug addiction from taking Xanax.

Eventually she overcame it. Underneath her sweet-like appearance, she is narcissistic-- believing she deserves everything and anyone. She loves to be the center of attention and attempts to make the situation about her in anyway possible. Lana also come across a bit intimidating, depending on the person, because of her strong personality and isn't afraid of speaking her mind. Lana can be very possessive and obsessive over those she crushes on or is in a relationship with and can become jealous easily.

She also have psychotic tendencies, where she can be very aggressive and a bit impulsive if put under too much stress. When stressed out, she resorts sometimes to violence or go into a mental breakdown under the pressure. Lana can at times can be very unpredictable and dramatic depending on her mood or if she's bored.

Underneath this, Lana is a woman who cares deeply about her friends and for those who have earned her respect. She can be very supportive and sisterly, while putting her friends above herself and tries to look out for them in her own way. Sometimes she is shown to be quite understanding and considerate to those she consider her family, and can be a bit protective over them.

Lana wears circular glasses and has medium length brown hair that she hides underneath a pink wig. Lana is usually donning her PRB pants. Her clothing color theme consists of red and pastel themed colors ranging sometimes from lavender, white, blue, or to pink, etc. However, she loves pink the most. She has a small mole on the side of her upper lip.

Lana in her game room 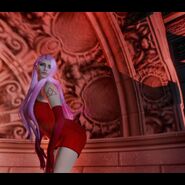 Lana & Oakley in the torture room

#2 Fanart by merg on Discord! 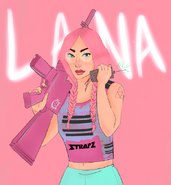 #1 Fanart by merg on Discord! 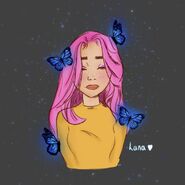 Fanart by ela ☆ on Discord! 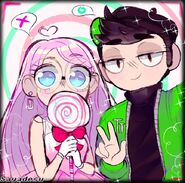 Tommy and Lana by SayaDesu_x 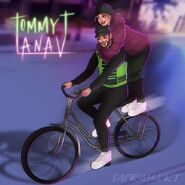 Tommy and Lana by saira_hart 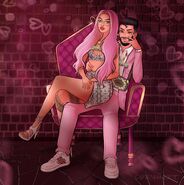 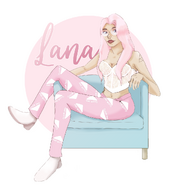 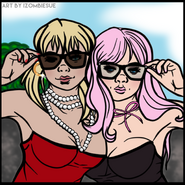 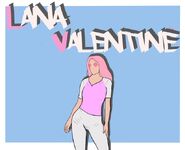 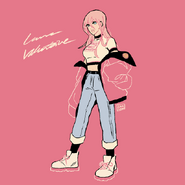 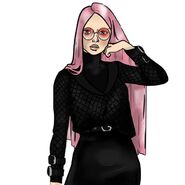 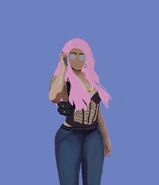 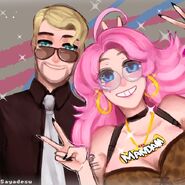 Xavier and Lana by SayaDesu_x

Here is a link to a Google Doc containing many Viviana Nopixel 3.0 Clips. This google doc will be updated every few days.