Private Investigator
Kyle Winters is a character role-played by FrostmagicED

He grew up in hospitals as a result of his diseases, being adopted by a Dr. Jonathan Frost, whom eventually died of the same diseases Kyle carries. Kylie Winters is his lost twin sister, presumed dead by Kyle, who believes he killed both his Doctor who he treated as a father, and his sister.

Kyle Winters lives both of these "Murders" on his conscience, even though he didn't kill them or do anything; this manifests when Kyle forgets to go to the hospital, and he becomes more like his doctor, even going by the name Frost. Anyone who's performed a violent act against Kyle will trigger a primal aggressive instinct, which is him channeling his sisters hunting habits, as she would hunt humans for blood instead of going to the hospital.

The Kylie Persona is in deep Hibernation, now that Kyle knows Kylie lived AND then Died in prison.

His Disease has been cured, however Doctor Frosts' persona has been given a new purpose... and that's to figure out exactly what cause Kylie to fail. He's building a list of everyone who talks poor on Kylie. 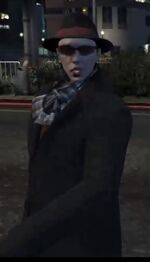 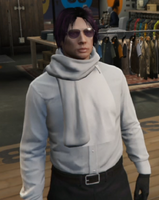 Add a photo to this gallery
Retrieved from "https://nopixel.fandom.com/wiki/Kyle_Winters?oldid=51696"
Community content is available under CC-BY-SA unless otherwise noted.