SPJTF
Kyle Pred is a character role-played by Kyle.

Kyle Pred is an Officer for the Los Santos Police Department, Badge #410.

Kyle is known for his extremely aggressive approach to literally fucking everything, while still being an effective LEO. Often heard slinging insults at various highly dangerous criminals from his police cruiser, which has landed him in the hospital more than once.

Previously claiming to be "just friends btw" with LSPD Sergeant, Brittany Angel, the two now own a house together on "Whispymound Drive 6". They also have had multiple HR meetings to approve their "just friends" relationship. Recently, Kyle has given Angel an "engaged-to-be-engaged" ring.

While their relationship is physically fulfilling, there are some light underlying commitment and jealousy issues. Kyle has propositioned several women for paid sex, and Angel has gone as far as to stab Kyle for claiming another female is attractive.

As of January 3rd, 2020, Kyle and Angel are on a break as a result of him attempting to dress her up like Lydia Zephyr.

Kyle and Officer Jordan Steele grew very close during police academy, and often patrol the city together, empowering women. The two men share similar interests, including verbally destroying everyone they encounter, and tandem beatings. Kyle and Jordan developed the "tandem beating tactic", and got the approval of the Chief of Police, Vladimir Raven, to teach it to other officers.

When Mack transferred to the LSPD from his old city, Kyle reached out to help Mack learn the ropes of Los Santos.

Kyle and Matt Rhodes attended the same academy class, joining the police department in the same recruit of Cadets. While in different departments, they have very high mutual respect for one another.

Kyle holds great respect for Snow, and vise versa. Snow has recently been including Kyle in more "advanced" police work, as Snow sees great potential in him.

Tony Andrews decided that Jordan Steele and Kyle Pred needed a father figure to keep them in line. He has adopted both of them as his sons, in an attempt to make them better officers. Andrews disciplines his "sons" with tough love (usually involving yelling and/or brutal "ass beatings").

Torah Andrews is the wife of Tony Andrews, and the mother to their adopted sons, Jordan Steele and Kyle Pred.

Kyle and Coop Holliday became close friends rather quickly. The two men tend to overshare (and brag) about personal accomplishments in the bedroom among themselves, and to others. One specific situation from when they first met involves them tag-teaming Claire Seducer at Coop's house. Claire claims this never happened, as she can't remember it, due to her memory condition. (It totally happened.)

Kyle recently has shown a more serious route to taking leadership within the police force. He was able to help gather evidence and conduct a raid on Aaron Flocko. When the raid had concluded, he also proposed a search warrant for the phone records of Aaron Flocko's attorney, Gladys Berry. Kyle had witnessed Gladys Berry making a phone call after speaking with her client, directly before the raid began. He suspected Gladys Berry of reaching out to Aaron Flocko's associates, in order to move any incriminating items or evidence.

Kyle suggested to High Command that going forward, all defense attorneys called in to MRPD for representation during these types of events, should have their radio and phone confiscated. These items are to be removed prior to discussing the raid with their client, and returned only after the raid had fully concluded.

Following the raid's success, and the positive feedback on his suggestion regarding attorneys; Kyle approached Trooper Tony Andrews about his interest in joining the State Police Joint Task Force. Kyle noted that Aaron Flocko had been recently "blooded in" as a gang member for The Families, and inquired about potentially having The Families as an SPJTF target in the future.

Momentous Dates within the PD Edit 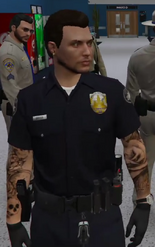 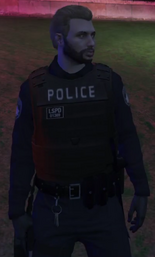 Pred with a beard 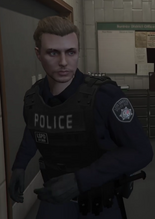 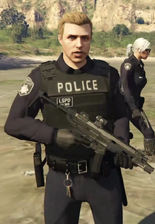 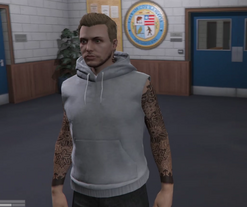 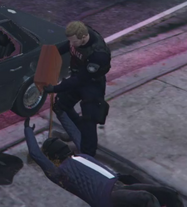 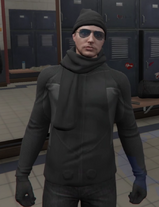 One of Pred's UC outfits. 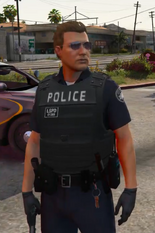 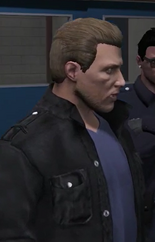 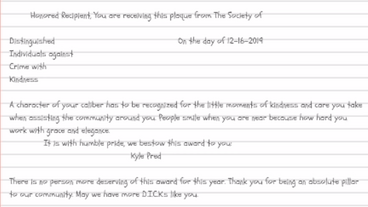 The D.I.C.K Certification.
Add a photo to this gallery

Retrieved from "https://nopixel.fandom.com/wiki/Kyle_Pred?oldid=33034"
Community content is available under CC-BY-SA unless otherwise noted.