Grey
Kudo Kai is a character roleplayed by Vader

In the old server he was a jack of all trades, he use to be in crime group The Mafia, was assistant to the mayor of the city Joe Kerr as the Asian Emperor, and has had a hand in all crime dealing going on within the city.

In the New server he is a manager of Fast Lane Imports and with little of a criminal record. 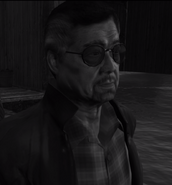 Add a photo to this gallery
Retrieved from "https://nopixel.fandom.com/wiki/Kudo_Kai?oldid=22475"
Community content is available under CC-BY-SA unless otherwise noted.