Mina Kwon
The Korean Mafia is a crime family based in the Little Seoul area of Los Santos.

The Korean Mafia, also known as the Sun Clan or Kkangpae was started and founded by Sun Moon.

Members of the clan are like family to Sun Moon, more than just members and because of that he calls them grandsons and granddaughters. To join, Sun Moon needs to see something interesting in you, and you need to prove that you want to join, with a "leap of faith".

Currently, the Koreans are inactive are not at war with anyone. They are willing to work with virtually anyone at present time.

Sun Moon accused Chang Gang member Ramee El-Rahman of owing him $30,000. Ramee wouldn't pay Sun Moon his money because he believed Sun Moon had stolen money from the LifeInvader account. This angered Sun Moon, as he was concerned that Ramee would try to blackmail him with that accusation. Sun Moon demanded repayment within one week, then shot an AK-47 at Ramee's feet to intimidate him, which sparked the war.

Chang Gang leader Mr. Chang arranged a meeting with Sun Moon and the Koreans. He asked inquired about the shooting, they disagreed and the meeting ended in a shootout. After many days of fighting and loss of weapons and money the two sides agreed to end the war amicably.

In a surprising move, Sun Moon chose to give away most of the Korean Mafia's stash to the Leanbois. He did this without consent from other family members including his grandson Tim Lee. Lee was infuriated by this and felt that his grandfather had forgotten his Korean roots. Tim assaulted his grandfather and threw him from a rooftop. Sun Moon recovered, but he is now at odds with his family. The future of the Korean Mafia is now uncertain. 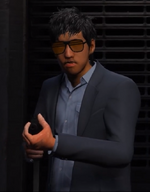 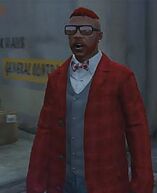 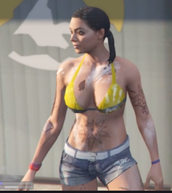