Separated at birth at an early age Kermy and Siz were raised in different places and under different circumstances. Kermy was raised by two meth head parents. His biological father is in prison whereas his biological mother is in a mental institution.

He has a sister named Martha, has two foster brothers named Diz and Fiz, has another supposed sister named Liz.

At the beginning of his time in Los Santos, Kermy had a streak of never being caught by the police, but the Fulker plot armor doesn’t last forever and he has been to jail for a multitude of crimes since.

Kermy started out doing jobs with, Mary Mushkin, Flippy, and Curtis as they were the first group of people he met in the city. Now he does jobs with Siz and the rest of the HOA.

He once had a stint where he studied the art of drifting at the Overboost Drift School to become the Baby Driver of the HOA, but that has since been shelved. Fellow members of the HOA still tease him for wanting to buy a drift car.

By extension of his brother, Siz Fulker, Kermy is a fully-patched in member of the HOA. He hangs around with the group and commits various jobs and crimes with them.

Kermy came back from a long vacation in Costa Rica or Puerto Rico now complete with dreadlocks and a floral-patterned shirt. Recently, he returned from Guantanamo Bay after he was tortured and interrogated by the U.S. government for aiding and abetting known former terrorist Carlos Sanchez 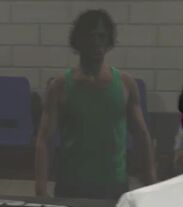 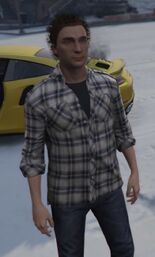 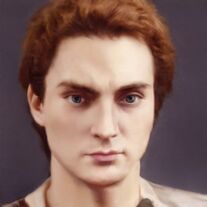 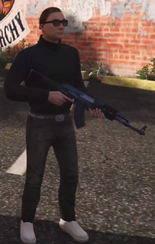 Kermy with an AK
Community content is available under CC-BY-SA unless otherwise noted.
Advertisement