Yekatarina Petronova "Katya" Zamalodchikova is a Judge of Los Santos, after being reelected on May 6th, 2022.

Katya was previously held the ranks of Justice and Chief Justice during her time as a Judge for the Department of Justice from January 6th, 2020 to August 27th, 2021. She was also formerly the District Attorney of Los Santos, after Adrienne West resigned on October 10th, 2019.

She is not afraid to speak her mind in court, sometimes a little too much, however is she well known to be a confident prosecutor.

Katya follows an unknown and very unusual Russian religion that no one else has ever heard of, when other Russians ask her about the religion she claims they wouldn't understand it.

Some of the rules of her religion are as followed:

Katya Zamalodchikova became a member of the Panel of Justices created by former Chief Justice Dennis LaBarre. She will oversee the Department of Justice alongside Coop Holliday and Wayne Ardson.

During a ride along with Bobby Smith, after leaving a meeting with Summer Mersion at Bolingbroke, Brittany Angel drove by and Bobby began to chase after her and attempted a PIT maneuver on Angel, after failing he lost control of the car and slammed into a tree causing the HONORABLE JUDGE KATYA, to fly through the windshield landing nearly a mile away.

Before even searching for Katya, Bobby and Angel came to an agreement that it didn't happen. Shortly after the agreement, Summer Mersion drove by to see what was wrong and Bobby told her he was looking for a bear and that Katya was dropped off at the 24/7 to grab a Slushee.

After a long conversation about wildlife and cars with Summer, Bobby finally started his search for Katya's body eventually finding her near a dirt road, he then immediately dragged her into a bush so no one could see what he did, after calling the EMS he took a look at Katya's phone and became enamored with the picture of the big boobied anime babe Katya was downloading at the time of the accident.

Knowing that in Katya's will, her final wish is for Bobby to never leave her side during a moment of severe injury he placed a bandage on the ground next to her to run to the road and flag down an EMS, when the EMS showed up he lied yet again that it was a local call about a woman being attacked by a bear, endangering her life even further by lying about the cause of her injuries.

After being put in the ambulance, Bobby yet again left her side because his car was more important to him than one of his closest friends lives. While knowing Katya's life was hanging in the balance Bobby decided to continue his conversation with Summer Mersion and decided to test NOS for the first time in his life, immediately leading to a crash and getting stuck in his car.

After yet another conversation with Summer, Bobby remembered Katya was severely injured and rushed to the hospital using NOS and crashing multiple times, when he finally arrived at Pillbox, Katya said the last thing she remembered was flying through the sky like a starfish and Bobby told her the bear threw her in the air during the attack and he saved her life by killing the bear.

On February 26th, 2020, Katya requested for Bobbob to meet her at the Courthouse, when he arrived she informed him that even after Bobbob platonically hugged her while crying uncontrollably about being best friends with her forever a few nights prior she was terminating their friendship and that she now hated him. Her reasons for ending the friendship was that the courthouse steps were better friends than him and that he took too long to list his availability for a court case. 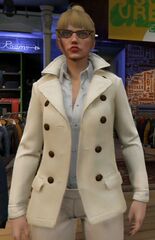 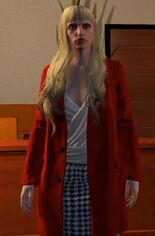 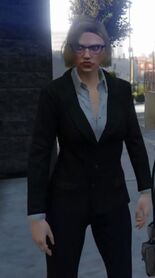 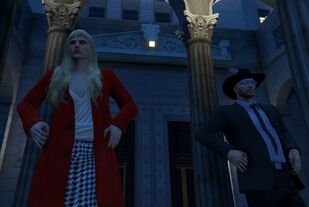 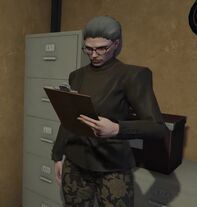 Katya reading off a clipboard.