Kareem Lyon is a character role-played by Primal.

Kareem Lyon is an Officer for the Los Santos Police Department, Badge #403.

He was formerly Watch Commander for the LSPD, but stepped down following personal issued which limited his time in the city.

He was also formerly the Assistant Chief of Police for the LSPD, but was demoted to the rank of Senior Officer during the 2019 PD Restructure.

Kareem grew up in Los Santos with his younger brother Wakeem Lyon. When they were younger, they both enjoyed racing, and were very competitive towards each other. Kareem went on to do regional racing circuits, and entered many contests and racing events, and placing on the ladder on multiple occasions.

During this time, Kareem became friends with several people within the LSPD. Through his connections, Kareem was recommended to try and put his driving skills to the test as a Police Officer on the force. 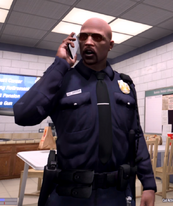 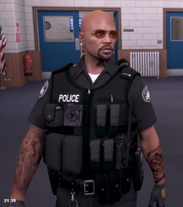 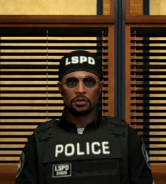