Kael Soze is a character role-played by koil.

Kael Soze is a High Command Trooper for the San Andreas State Police, Badge #201. He works alongside Chief of SASP Tony Andrews, Chief of Police Sam Baas, Sheriff Kyle Pred and Sheriff Domenic Toretti to lead the Unified Police Department in the city of Los Santos.

Soze is quite simply the best shooter, driver, negotiator, leader, lover, and just the best police officer on the entire force. He can often be seen patrolling with fellow Trooper Tony Andrews; while repeating how virile he is fornicating with both Andrews' wife, Torah Andrews, and his mother.

It used to be thought that Soze was a 42 -year-old caucasian male with blond hair and usually some sort of facial hair. He is actually a 42 year old black male who has been wearing face paint and wigs this entire time. 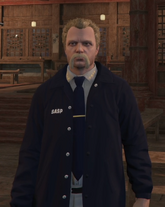 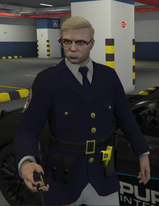 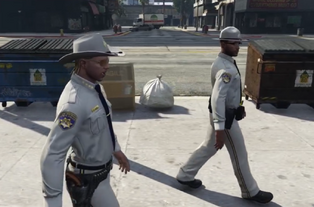