Ant
JustUs is an organized crime crew formed by a group of associates during December 2021. At this moment, the group is on the come up doing the grind of meeting everyone and making money doing whatever job is available. JustUs is heavily involved in the drug game and supplies coke as well as crack to various groups in the city. Besides coke, they push meth in La Mesa and run weed as well.

The group also runs the JustUs production company, which consists of music video production for artists and songs being made by the artists in the group. The company has gotten approved by the government and production has already begun for various projects. Chucky Leeray is behind the music video projects. Zolo and Dante East are the main artists who produce tracks, when commissioned. 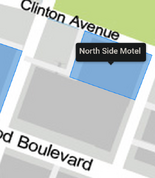