Juan Carlos "Flippy" Hernandez is a character role-played by Silent.

Juan Carlos Hernandez, known as "Flippy", is the leader of Hydra Gang. Along with being the leader of his own gang, Flippy is also a full member of Chang Gang and is Vinny Pistone's right hand man in the secretive Chaos organization. He is also an active street racer in the Underground, overseeing the Vendetta racing crew.

Flippy is an exceptional criminal, widely regarded as one of the best shooters, drivers, and tacticians in the city. He is one of the "Triplets", alongside Randy Bullet and Curtis Swoleroid, with the three being coined as the best combat fighters in Los Santos. 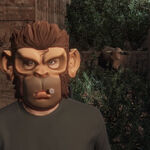 Flippy at his former home in Mirror Park

Flippy and MigL in Mirror Park

Flippy and Vinny Pistone at the Little Seoul Gas Station

Flippy and Ramee El-Rahman ride out with Mr. Kebun

Flippy and Claire Seducer in the Snake Pit

Flippy and Claire talk to JJ

Monkey squad with Claire and Oakley

Flippy with Novah Walker and Vinny

Flippy (center) after hunting down people who kidnapped Chloé Blanc

Flippy and MigL chilling with their Chang Gang brothers 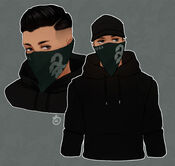 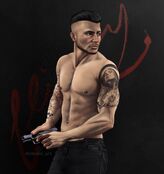 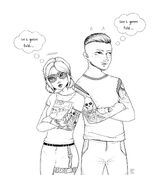 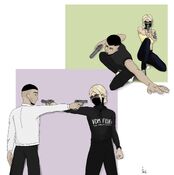