Previously In a relationship with Hilda Bulking

Juan Carlos Hernandez generally known as "Flippy" he is Second in Command for the Vagos.

Flippy is often hanging out with the Vagos, Leanbois, HOA/Siz, Eugene, and Olga and doing jobs with them.

He is widely regarded as one of the best shooters and drivers in the city.

He is also one of the few people in the city that have a drift license from the Overboost Drift School.

Upon arriving into Los Santos, he was recruited by Arush Patel "Speedy" Santana to the Vagos. He quickly was promoted to Second in Command of the Vagos.

Flippy was previously a member of the HOA, but has since dissolved the association due to inactivity, and his primary gang affiliation is with the Vagos. After about a month of activity with the group, Flippy's responsibilities with the Vagos took priority, and he no longer participated in any HOA activities. Following almost two months of inactivity, Siz Fulker declared that Flippy was no longer a member of the HOA, and struck him from the group.

Flippy, the Vagos, Siz, and the HOA have no harsh feelings after the separation, and are all still on good terms. 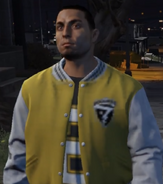 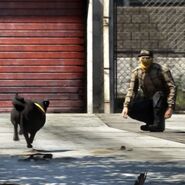 Flippy in “A Peek into NoPixel” trailer
Add a photo to this gallery
Retrieved from "https://nopixel.fandom.com/wiki/Juan_Carlos_%22Flippy%22_Hernandez?oldid=43742"
Community content is available under CC-BY-SA unless otherwise noted.