Juan Carlos "Flippy" Hernandez is a character role-played by Silent.

Juan Carlos Hernandez, known as "Flippy", is the Leader of Flippy's Crew, and a member of Payne Gang.

He was previously "Second in Command" of the Vagos, as well as a member of the HOA, but was removed for inactivity.

Flippy can often be seen hanging out with members of the Vagos, the HOA, Chang Gang, Claire Seducer, and his girlfriend, Olga Sazkaljovich.

He is widely regarded as one of the best shooters and drivers in the city, along being one of the few people who can do thermite.

Flippy was a member of the HOA, but has since dissolved the association due to inactivity, and his primary gang affiliation was with the Vagos. After about a month of activity with the group, Flippy's responsibilities with the Vagos took priority.

Following almost two months of inactivity, Siz Fulker declared that Flippy was no longer a member of the HOA, and struck him from the group.

Flippy was recruited by the Vagos Leader, Arush Patel "Speedy" Santana, after Speedy noticed his name in the Yellow Pages. He was quickly promoted to "Second in Command".

On April 14th, 2020, Flippy left the Vagos, after airing out his frustrations to Speedy. He ultimately decided that he would rather be doing his own things, without the Vagos tag.

The two met up and discussed Flippy's departure from the Vagos, which happened earlier during the day. Jax stated that the Vagos will be coming after Flippy; but Jax explained that he was loyal to his family first and foremost, amd wouldn't be able to shoot Flippy. Afterwards, Jax asked Flippy to "put a bullet in his head, so he will stay loyal to his own family and the Vagos, even in his death." [2]  Flippy's overall reaction was very upsetting about the whole situation.

After his departure from the Vagos, and killing his cousin, Flippy has been regarded as a "snake" by most members of the Leanbois, most notably Al Saab and Lang Buddha. Flippy's relationship with them has deteriorated immensely, however, he was in a good terms with all members of the Vagos.

Two months later, Flippy got into a clash with Karl “KJ” Johnny, after refusing to pay the tax for the Taco Shop's weed run. This resulted in back and forth shootings between him and the Vagos. A day later, Flippy joined Curtis Swoleroid, Eugene Zuckerberg, and Dimitri Barkov to do the Vault, and upon arriving to the power plant, they found all of the nodes but one were hit; they complete the last node, and drove to the Vault. Moments later, Flippy received a call from Speedy, threatening to shoot them.

Following the robbery of the Vault and shootout, the group went to "Grandma's", due to Curtis and Dimitri's injuries. Flippy got in contact with Speedy, and heard Buddha in the background calling him a "snake", and threatening to come and shoot him. He stationed himself on the roof, pulled out an AK-47, and waited for their arrival.

Moments later, Speedy, Cousin, Buddha, and Ellie Dono showed up, and were all shot down by Flippy [3], leaving Curtis and Eugene in an awkward spot. After this incident, Flippy began disguising himself as a tow truck driver.

Being out of a gang, Flippy is now a free agent, and Matthew Payne decided to take this opportunity to invite him to join the Payne Gang.

On June, 26th, 2020, Payne had a talk with Flippy, informing him about the possibility to involve him in something "big", after consulting his partner.

Later that day Payne had a meeting with Vinny Pistone, where they both agreed to let him in. Afterwards, Vinny reached out to Flippy to set up a meeting, and initiate him. 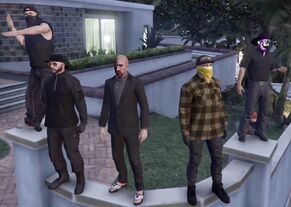 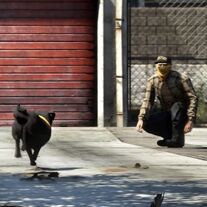 Flippy in “A Peek into NoPixel” trailer 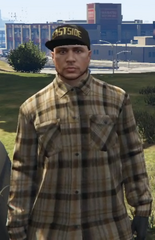 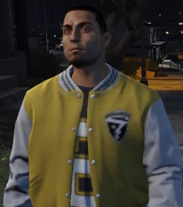 Classic Look
Add a photo to this gallery

Retrieved from "https://nopixel.fandom.com/wiki/Juan_Carlos_%22Flippy%22_Hernandez?oldid=69246"
Community content is available under CC-BY-SA unless otherwise noted.