Jose Martin Perez is a character role-played by FortyOne

Jose was the founder of the Aztecas. He revived the gang after it was a husk of its former self. He started recruiting members for the gang and amassed a formidable group. He managed to fight against the Southside's two most notorious gangs: Leanbois and Vagos. After his disappearance, the group started to dwindle and many of its members left to join other gangs or pursue other things.He recently came back to the city and decided to join Tyrone Biggums's East Side Ballas. 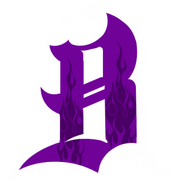 Retrieved from "https://nopixel.fandom.com/wiki/Jose_Martin_Perez?oldid=62217"
Community content is available under CC-BY-SA unless otherwise noted.