John Charleston is a character role-played by summit1g.

John Charleston is a Deputy for the Paleto Bay Sheriff's Office, Badge #342.

John Charleston is a competitive yet humble Deputy for the BCSO. He spends most of his days going around to get the inside scoop in street races with his Interceptor Cert. He tries to avoid going to bank jobs because he doesn't like the bike/rat plans that the criminals develop.

John is known for taking every opportunity to get his hands on slushies because that is his absolute favorite food to eat. He also enjoys taking joints and food from the suspects that he arrests.

John has a luscious and curly mustache that he was growing when he was young. He got his hair and mustache done at Bobby Brown's Barber shop. Sadly Charleston had to change his hair back to his original look because it was demanded by Trooper Soze in order to get his Interceptor Cert.

Dates within the PD 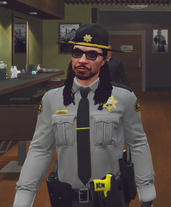 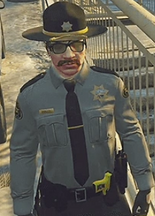 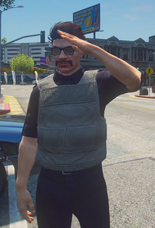 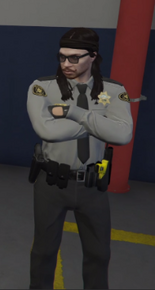 Charleston in the PD Parking Lot 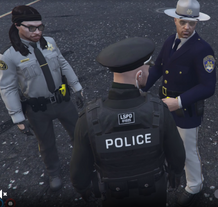 Ripley, Soze and Charleston at the PD 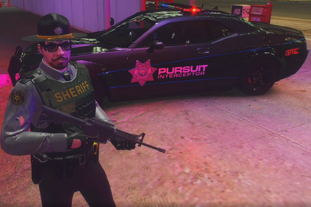 Ripley catching Charleston driving the interceptor under the influence