John Archer is a character role-played by FortyOne.

John Archer was a Senior Deputy for the Blaine County Sheriff's Office, Badge #341.

Archer was formerly a Sergeant for the BCSO but decided to step down on March 20th, 2020. He cited the fact that the city had outgrown him - or that he had outgrown the city. Either way, there was no longer a place for a person - a man like him.

He was regarded as one of the most professional officers on the force. 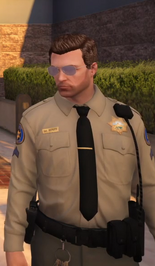 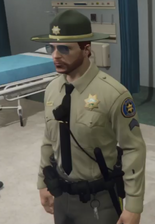 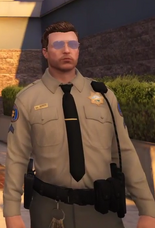 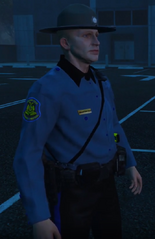 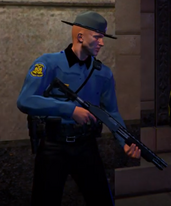 Old Server - Patrol Uniform
Add a photo to this gallery
Retrieved from "https://nopixel.fandom.com/wiki/John_Archer?oldid=56942"
Community content is available under CC-BY-SA unless otherwise noted.