Joe Caine is a character role-played by cyr.

"I own a ten million dollar corporation up in Vinewood Hills!" - Joe Caine, to everyone.

Joe Caine and Otto Delmar are co-owners of the Marlowe Vineyard and the Tuner Shop; using these businesses as a front for distributing cocaine and other black market goods.

Joe is one of the most prominent, respected, and well-connected members of the criminal underground; his operations only being known by a select few people. To everyone else, including the police, he is a legitimate businessman.

Upon first meeting with Joe, he comes across as a pushover; a run-of-the-mill normal, good guy. Around the general public, he is just a businessman who owns the winery in the hills, and can be seen recruiting people around the city to work for him. Joe is not afraid to let others know about his business, or the amount of money the name has on it. Around close associates and friends, however, Joe is seen to have a much darker side to him.

Joe is an undercover criminal with borderline psychopathic tendencies, making people immediately cautious of him. People shy away from him, because of his direct connection to cocaine. His true personality, and his cocaine distribution business, makes him one of the most feared people in Los Santos (second to Otto Delmar).

As Joe doesn't trust anyone other than Otto, he has admitted that he doesn't have any friends in the city while Otto is gone (which Otto then later agreed on). He is completely loyal to Otto, and will always follow his decisions, even if they may not be good ones.

The Leanbois heard about cocaine being sold around Los Santos, and were intrigued about it. That preceded them meeting Otto Delmar and Joe Caine, who provided the gang with cocaine. There was some instant lack of trust and animosity, and eventually resulted in the death of Jaclyn "Jackie" Hyde (Otto's girlfriend), by the hands of Lang Buddha and Al Saab.

Otto, alongside Joe Caine, Frankie, and Yung Dab, retaliated for Jackie's death; they kidnapped, shot, and planted large amounts of cocaine and guns on Al Saab. Although Yung Dab tried to reason with Otto and the others, he did not participate in the shooting of Saab, though he did bear witness to it. The Leanbois sought revenge for Saab; shooting up Otto and Joe.

They were meant to try to resolve their issues, having Otto and Avon Barksdale meet face-to-face to discuss everything; but neither really had any intentions of doing so. The Leanbois tried to plan an attack on Otto by planting C4 in his car and blowing it up, while Avon was to distract Otto with the meeting in front of the courthouse. However, Otto's lack of trust and paranoia prevented him from appearing at the location, and instead he opted to scout the area on top of a nearby roof with Joe. When Otto failed to appear, the Leanbois found and ambushed the duo. Joe and Otto were shot down, with the Leanbois leaving the two men to get treated, and go into hiding.

Eventually, everything died down, and they each stayed clear of one another. However, there still seemed to be a lot of animosity; and Otto never forgave Saab and Buddha for killing Jackie.

Joe Caine has no criminal record. 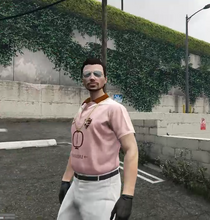 Joe at the back of the Tuner Shop 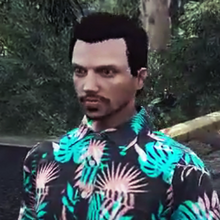 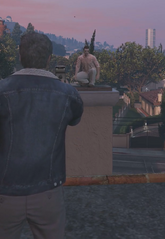 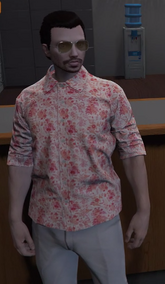 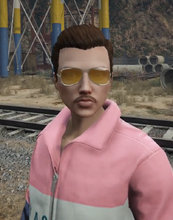 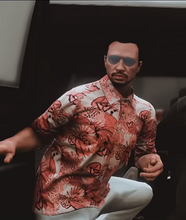