Deputy
Jim Gordon is a character role-played by shaggy_steve.

Jim Gordon is a Deputy for the Blaine County Sheriff's Office, Badge #345.

There is a running joke that Jim will be a Cadet for his entire police career. His current situation is unknown, but it's likely we won't see a great deal of him due to feeling unappreciated by the BCSO and PD in general.

Only recently he has been seen partnering up with Senior Deputy Nicholas Riggs to get more of an idea of what it takes to become a Deputy, although as each day goes on his desire to become a fully-fledged Deputy is becoming less and less desired.

Jim is currently wooing Jason Ledson who is a new resident in training to become a doctor at Pillbox Medical Center. 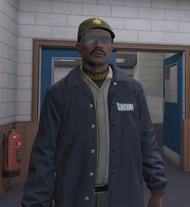 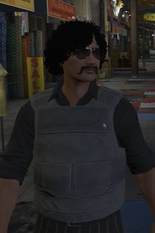 Old Look - Ridealong Outfit
Add a photo to this gallery
Retrieved from "https://nopixel.fandom.com/wiki/Jim_Gordon?oldid=51831"
Community content is available under CC-BY-SA unless otherwise noted.