Jesus Antonio Lopez Contreras is a character role-played by MasterMisuri.

Jesus has long brown hair with a black bandanna. His signature outfit is a pair of black aviators, an orange tank-top, ripped jeans, and his HoA kutte.

Jesus woke up in a hospital room without remembering anything, he freaked out, and even though he was staring at the floor for only a few seconds, it felt like hours, then he turned his head to the side, and saw an H.O.A. Kutte with his name on it, suddenly a lot of memories came back to him and he passed out from this.

Later, he woke up remembering his past prior to arriving in Los Santos, and also remembers the H.O.A. He doesn't seem to remember anything else.

After being in better condition, he was told by the doctors that he was shot in the head, chest and his hips, causing severe memory loss and some movement impediment on his right leg that is noticeable when he runs.

Jesus was only able to speak Spanish at this point, but once he was sent to jail for the kidnapping and attempted murder of a police officer, he took English classes in jail as a sign of good behavior, his sentence got reduced and he only spent 1 year and a half in jail, during this time he learnt English.

He only speaks English to the HOA and people he trusts. He pretends to only know Spanish in front of anyone else, hoping that someone might mention something that might be a clue as to why he kidnapped a cop in front of him, thinking that he only knows Spanish.

Jesus is a full-member of the HoA, a mechanic at the Tuner Shop, and a manager at the Mirror Park Tavern.

He is one of the assistant cooks for the Siz's methamphetamine operation as he is almost always there to assist in cooks. Additionally, he is a distributor of IZh-81 shotguns on behalf of the HoA. He sells shotguns to middlemen so they can sell them at a marked-up price across the city (Currently the only middleman is Mayumi Himura). Furthermore, he sells mobile crates alongside Daryl Dickinson. 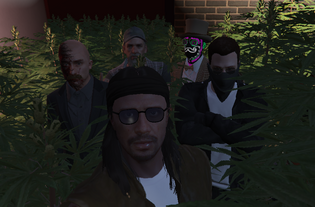 Siz, Huck, Julio, Fred and Jesus at the weed mansion 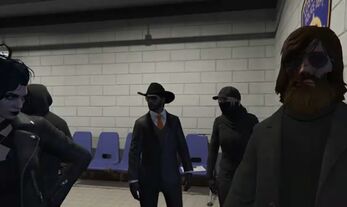 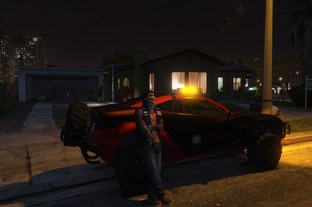 Jesus at his old House with his old HOA Brawler 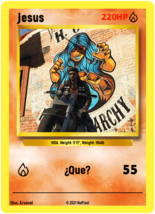 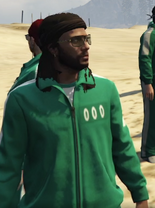 Jesus in his Squid Games tracksuit 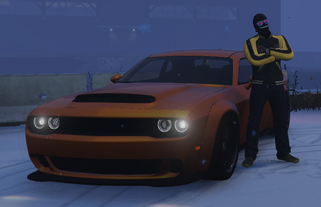 Jesus with his Dodge Challenger Demon as "monkaSteer" 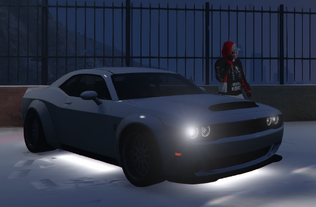 Jesus with his Dodge Challenger Demon as "Souls"