Jerry Perkins is a character role-played by Pengwin.

Jerry Perkins is a Ranger for the San Andreas State Park Rangers, Badge #280.

Jerry Perkins was born in Ludendorff, North Yankton on September 14th, 1990. His mother Kayla Perkins and father Alan Perkins were both teachers at the local high school. For the first part of his life Perkins was raised mostly by his mother, who had resigned from her job at the school to take care of him. His father had willingly taken on a second job working nights at the diner down the road to provide for his family. However, between the long hours and the time apart, Perkins' parents were no longer happy, and filed for divorce when he was 16 years old.

His mother was the one who gained custody of him, and they moved to Los Santos in the summer of 2008, where they began their new life. Perkins' mother got a new job as a teller for Fleeca Bank and Perkins went to the University of San Andreas, Los Santos (ULSA) to study Criminal Justice for the next 4 years. After a few years of working odd jobs, Perkins decided to apply for the BCSO recruitment program. 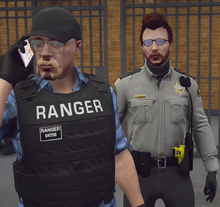 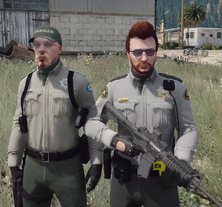 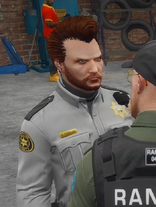 Perkins after a long day of being bullied by Barry Briddle 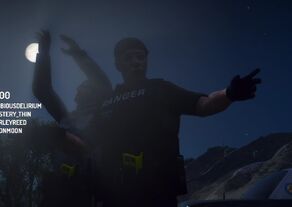 Barry and Jerry dancing under the moon 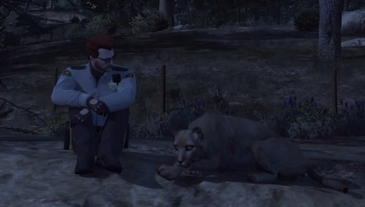 Perkins with a murder kitty 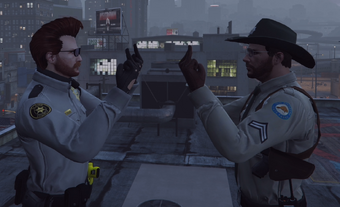