Jerry Callow is a character role-played by Mantis.

Jerry Callow is a Criminal Defense Attorney and is bar certified by the Department of Justice. He was considered to be one of the most active lawyers before going into ICU for months after getting shot by Hobo Lawyer Solomon.

Due to his problems in love and law, he has attempted to jump from a bridge on various occasions. He doesn't like to speak about his past but claims he had a mother, father, and two sisters. While on a date with Kayden Dell'Anno, he admitted that the FBI was once looking for him and his name used to be Jerry Gallow.

Jerry Callow is a 34 -year-old male with short black hair and trimmed dark beard. Jerry always wears bulky rectangular glasses, black vest, and buttoned-up shirt combo with sleeves rolled up to his elbows. He has no tattoos.

Jerry often worked at the Steele Family Parking assisting in charging those who park their vehicles. Those that enter the lot were constantly reminded that he was sleeping with co-owner Kayden Steele. Because of this relationship Jerry openly sold firearms that were found in impounded cars and placed hired hits on numerous enemies by hiring Steele Family Parking employees such as Apples with others to take out people who have wronged him.

Jerry is speculated as the Mirror Park Predator for perverted acts across Los Santos and in furtherance evidence gathered by journalists and law enforcement. Some of these events include:

To Catch a Mirror Park Predator

James Tinklebottom in filming "To Catch a Mirror Park Predator",[2] hired a female actor to lure Jerry into a meeting about a "court case" with his fiance Nettie.

Tinklebottom included fraudulent conversations under a false username: hunglawyer69 during the investigation. Following the setup, Kyle Pred interrogated and then detained Jerry on scene escorting him to Mission Row police department. Jerry was then charged with Stalking and released on bail. 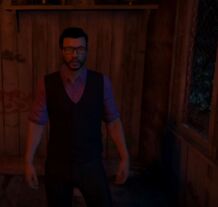 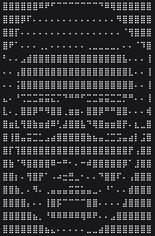 Have you seen this man? 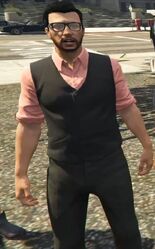 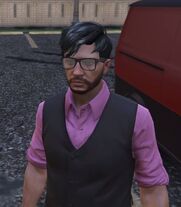