Jenny Hall is a character role-played by NikkisARiot.

Jenny Hall is a Captain for the Paleto Bay Sheriff's Office, Badge #310.

Jenny is often described as the "mom" of the PD, chasing after others and making sure everybody is okay. This role causes a lot of stress in her life, which is why she can often be caught off duty unwinding with close friends. 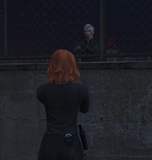 Jenny and Michael Simone meet in person for the first time 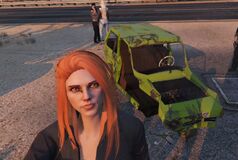 Jenny and the reliant Robin 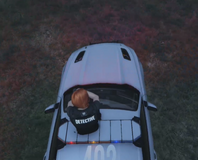 Jenny waits for Alex Casterman on his interceptor