James Tinklebottom is a character role-played by Whippy.

James Tinklebottom's past consists of lies, manipulation, and murder. Before arriving in Los Santos, this dark history resulted in him killing his own wife and daughter to cover his tracks; an act he is often haunted by.[1] He dismisses the thought of getting close enough to anyone to start a romantic relationship again, and avoids any discussion on the topic.

James was once deeply involved with The Dark Web and The Brotherhood. During his involvement, he was the first to complete "The Quest"; carrying out heinous acts that he omits from revealing details of to almost anyone. The only person James has mentioned the events to was Mother, during a secluded meeting.[2] During the conversation James spoke very vaguely of what he was forced to do, hoping to warn Mother of the danger in working with Jacob Harth, The Brotherhood, and The Watchers.

Due to the numerous threats to his life and the attention of the public eye, he went into hiding. Following an event with Norman Bones, he seemed to be allowing things to settle, and for people to forget about him.

James left the city in May 2019, and what he was doing while in solitude is unknown. He has claimed he was visiting China, though he continued to update with stories and videos on the Weazel News website, intermittently.

James currently works for Weazel 14 Detective News, willing to put his life on the line for the next best story to cover. While he stays in the public as a news reporter, James is unafraid to get his hands dirty if his past is in danger of being revealed. He is wanted dead or alive by several citizens of Los Santos, but is not one to go down without a fight (whether verbal or violent).

After a 7 month extended vacation, James returned to Los Santos. Since his return, he has been involved in several leads and stories; now leaning more towards a police CI, or private detective career path. 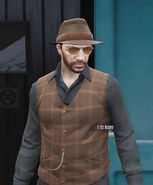 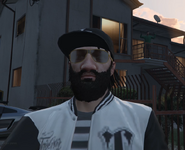 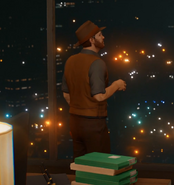 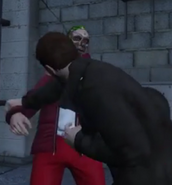 Meeting with the Lost MC