Jackie Snow/2.0 and Prior

< Jackie Snow
View source
watch 02:58
No Man's Sky Update - The Loop
Do you like this video?
Play Sound

Jackie Snow is a character role-played by uhSnow.

Jackie Snow is a Trooper for the San Andreas State Police, Badge #205. He is also a Captain for the Joint Task Force.

He was previously the Chief of Police for the Los Santos Police Department, Badge #405; as well as the Chief Inspector of the Criminal Investigation Division, Badge #105.

He is one of eight officers to hold all five LEO certifications (Air, FTO, Interceptor, K9, and SWAT). The other officers who hold all five certifications are Senior Park Ranger Conan Clarkson, Sergeants Brittany Angel and Matt Rhodes, as well as all of the SASP Troopers; A.J. Hunter, Olivia Copper, Kael Soze, and Tony Andrews.

Snow is widely regarded as one of the best drivers, and leaders, in the PD.

Snow’s partner in crime and best friend is Trooper Olivia Copper, they are often seen together and are “attached to the hip”.

Snow is a 39-year-old caucasian male with black hair and a trimmed beard. As a result of the stressful nature of his job, Snow's hair has turned a little grey. He has a tattoo of a fish on the left side of his neck. 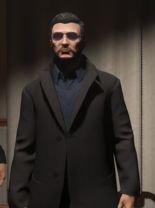 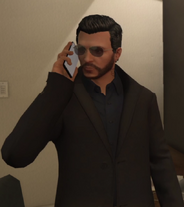 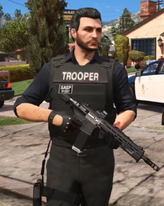 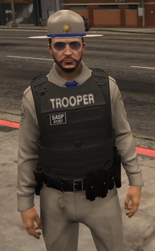 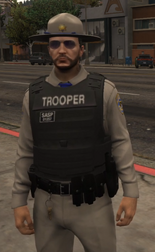 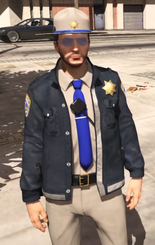 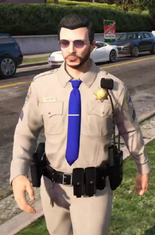 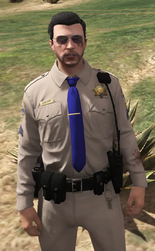 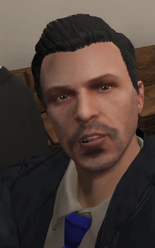 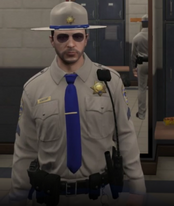 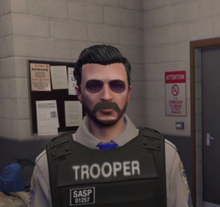 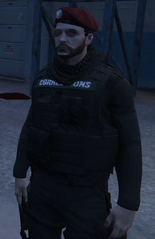 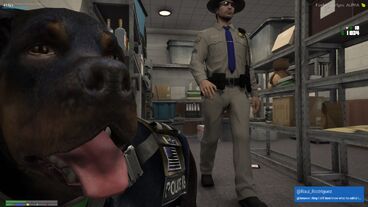 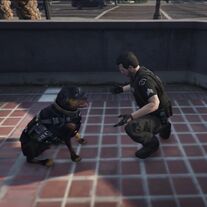 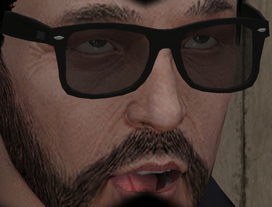 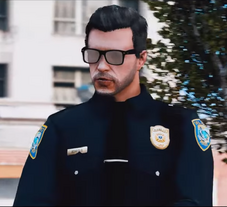 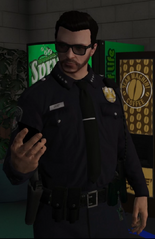 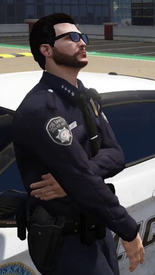 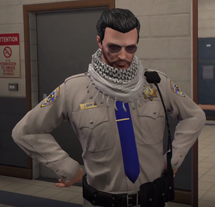 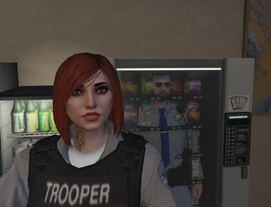 Snow in a Vending Machine 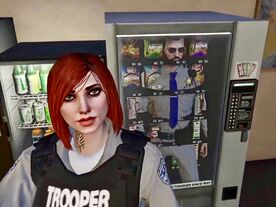 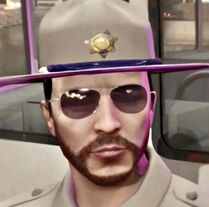 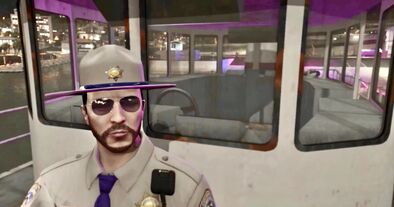 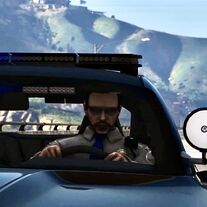 Snow in “A Peek into NoPixel” trailer 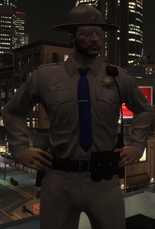 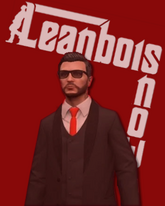 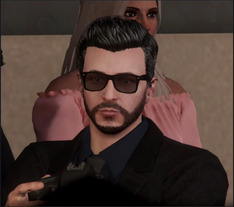 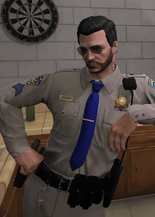