Jack Cortair is a character role-played by Jack.

Jack Cortair is the drippiest cookie in Los Santos, rocking his iconic cookie mask anywhere he goes, except special occasions such as heists.

Jack has been known to ask people to "bite me" everyone is always unsure as to the connotation that this statement has. He also been seen without pants on a numerous number of occasions having to be apprehended by the PD for indecent exposure.

Jack Cortair is a simple man. He likes money and believes he's a cookie.

Jack Cortair was an original member of the East Side Ballas, once the strongest gang in the city. Throughout his stint in the gang, Jack gained a reputation for being one of the top shooters and getaway-drivers in the city. When the whole city turned against the East Side Ballas and many of the gang members were deported, left, or died, Jack was one of the few members remaining who decided to leave the color purple behind and turn a new cookie.

As a long-time member of the city, it's been Jack's dream to become mayor and help solve some of the biggest problems citizens face everyday. Jack constantly refers to himself as the future mayor, but has yet to win a single election.

When it isn't election season, Jack has found work at numerous businesses throughout the city.

During the construction of Dean World, Jack approached Cassie Cupcake and proposed a bakery business. The business would sell cookies and other pastries, edibles, and cakes that would allow buyers to hide something inside of them. At this time, it's unsure if the construction of the bakery will happen. 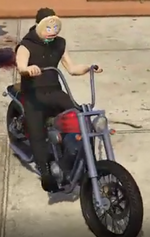 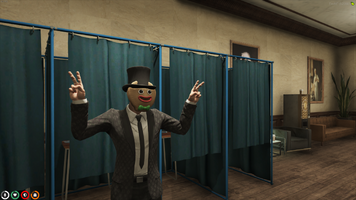 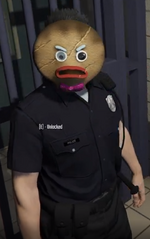 Jack Cortair as a cop 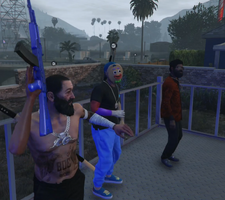 Jack dancing with Mr. Kebun and Bobby Brown at the 2022 Boe Memorial concert