In a relationship with Olivia Copper

Doctor
Isaac Smith is a character role-played by ConnorCronus.

Isaac Smith was a highly respected Doctor at Pillbox Medical.

Not much is known about Isaac's past before he moved to Los Santos, shortly after his wife passed away in Liberty City.

Isaac can be seen as cold or harsh, especially with the hospital receptionist Brenda Pancake. Deep down, he seems to truly want to see people reach their full potential, and not slack, while reaching their goal. Isaac has a dry sense of humor, is a master of sarcasm, and is often quiet in larger gatherings.

Isaac was on a leave of absence from Pillbox Medical for several weeks to take care of business in Liberty City. He has now returned to his duties in Los Santos, but still floats to help out in Liberty City when needed.

He is currently in an unconventional relationship with Assistant Chief of Police, Olivia Copper. The two share a house, but both have stated that they are "married to the job."

Recently, Dr. Isaac resigned from Pillbox Medical and is no longer a Doctor. 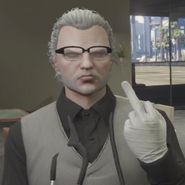 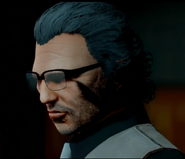 One of Isaac's Cars
Add a photo to this gallery
Retrieved from "https://nopixel.fandom.com/wiki/Isaac_Smith?oldid=42774"
Community content is available under CC-BY-SA unless otherwise noted.