Imperium, formerly known as The Illuminati, is a group created by Thomas Dwayne. It's formed of various people from the city that want to defend each other and the innocent in a city where they feel they are forgotten. Their main goal is to bring consequences to those who targets civilians. 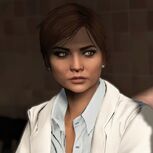 Imperium members with their disguise