Hubcap Jones is a character role-played by MikeTheBard.

Hubcap is a Musician and was the first artist to take music seriously in the city.

Hubcap Jones is the lead singer of the band Love Fist, Hubcap is 71 years old, and has been on tour for 50+ years. He is married to his wife Karen, whom he married at the young age of 19 (Karen 17). Hubcap enjoys performing live concerts all around the city of Los Santos, including Dean World, and Tequi-la-la. Hubcap has a love for all drugs, and is seen at times smoking a joint.

While giving Barry Benson a drive around the city, he showed him locations and gave unknowingly outdated advice on how to break in to homes, while watching out for either house alarms or dogs, stating that he once dabbled in crime. The only crimes he currently commits is the occasional bike "borrowing". Jones has been to prison once for failing to stop during a police chase, he was only sentenced a year.

Hubcap is very loving towards his fans to the point where he will sign just about anything a fan asks to be sign. Anytime Hubcap signs or texts anyone/anything thing he will write long messages that contain at least the following: "This is Hubcap Jones" "Love, Hubcap Jones" "ps. " and "Again this is Hubcap Jones."

Hubcap has A LOT of children, he has so many, that he doesn't know about most of them! If you find someone with the lastname Jones, there is a BIG chance it´s one of Hubcap´s children.

He loves animals and goes as far to try not to hurt any if possible. During a interview for a pet shop position he stated he wants to hug the kitties and puppies, as well as saying that he´s done cocaine with a ferret and other animals.

Love Fist has over 800.000 songs! Hubcap is sadly the only living member left, the deceased members of Love Fist are apparently buried in his cocaine vault.

Hubcap giving a Live Concert for Chip, Barry and TJ

In the middle of similarly dressed BBMC members

Smoking with TJ and Barry 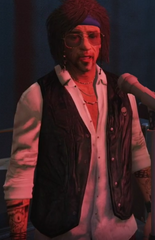 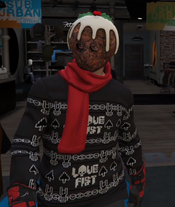 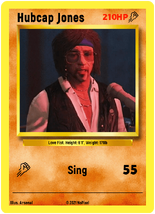 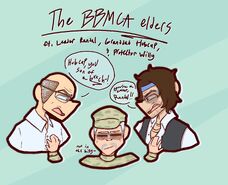