Gomer Colton is a character role played by Timmac

Currently a Mechanic at the Tuner Shop, Gomer originally started his life in Los Santos as a shitlord character but had slowly began calming down and becoming a mechanic and tow truck driver under the Tuner shop working for Eddie Marshall. He was also known for being a getaway driver under the wing of Yung Dab, whom he had grown very close to. Nowadays he has a more entrepreneurial spirit, making money from trading with the criminals of Los Santos.

Gomer's family consists of two unnamed parents, Brothers Buck Colton(dead), Chuck Colton, Cliff Colton, Clayton Colton and a sister named Courtney Colton. Gomer, Buck and Chuck look alike and are often mistaken for each other, but they aren't triplets it was just a result of incestual inbreeding.

Gomer has no children (that we know of), but he has adopted Siz Fulker as his nephew but since the Black Betty-HOA Incident, their relationship status is unknown.

Gomer has his hands in almost everything across Los Santos from Bovice Wilkinson to Black Betty, Inc. It is said that once you get in contact with Gomer, you either take advantage of the meeting or find out later that you should have. Gomer has immense resources that he uses to fund mostly criminal activities across the city.

Gomer is a car salesman for PDM and works repossession for PDM cars. Additionally, he is one of many Mechanics and Tuners at the Tuner Shop.

Besides from his day jobs, he is also a criminal. He was part of Sonya Summers (now inactive) Black Betty Inc. which offered many jobs and opportunities to newcomers in the city. Additionally, he was part of the Gnomes, which was a terrorist group that followed during the wake of Maximilian "Yung Dab" Thoroughbred's incarceration for terrorism.

Gomer’s record is currently being evaluated, will be added at a later date.

Gomer has a few cars in his possession, most of which are American muscle cars. 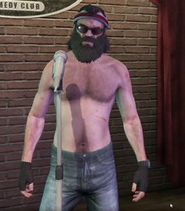 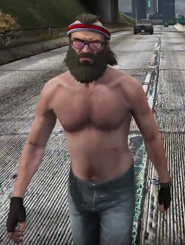 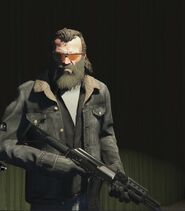 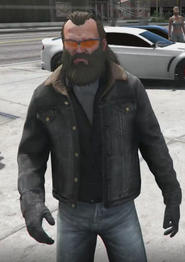 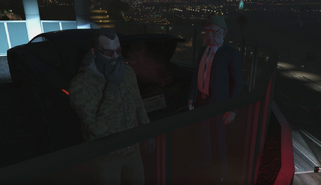 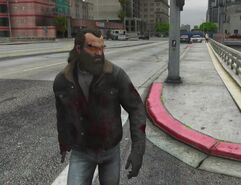 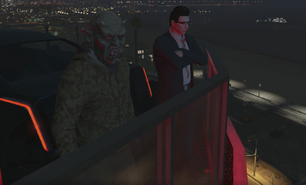 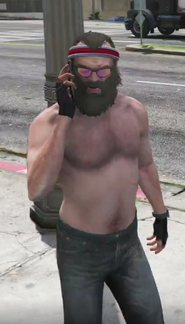 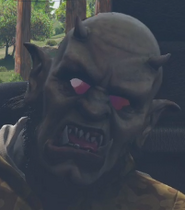 Gomer Colton in the Goblin mask