Blake Rider
Gno-Mercy Records is a record label company and a mercenary for hire group in the works created by Eugene Zuckerberg. The company was originally created out of a merger between Prune Tang Records and Cop Killa Records, but then separated itself from Alabaster Slim and CKR due to lack of contribution.

Wanting to find a better way to pay his artists and not having much going on with his gang Leanbois. Eugene decided to expand his music label Prune Tang Records in to a front for a mercenary group. The goal was to have squads for hire for the rich legal business owners. The clients would pay money under the guise of a song to be made by the label. Then a part of the money would go to an artist to make a song while the rest would go to a crew for doing illegal jobs like kidnapping or killing. If investigated every transaction would look legal, so no client would be implicated.

The first of these jobs was a trial run for Eddie Marshall. The goal was to distract the cops during a race he had with Mary Mushkin. Eugene wanting to give some of his fellow gang members who weren't doing anything a purpose decided to recruit Tony Corleone, Curtis Swoleroid and fellow Leanbois Associate Kanye Mushkin. Aside from Tony being caught by the police the job went well and the client was happy. Due to the distractions none of the cops even knew the race happened. Bryce Miller was the artist tasked with making a track about Jackie Snow. Paid by Titanum, Eddies alias a new song was made by Bryce simply called Snow Diss for the public.

After having spoken to more of the rich citizens of Los Santos the client list expanded. Matthew Payne was so interested in the idea that he offered a "free" building, when the crew completes 10 jobs. Eugene quickly agreed considering 1 of the jobs was already finished. Having spoken to Allen Widemann the day before an idea of retainer was being worked out. Eugene spent each new meeting bringing up the retainer service while brainstorming the details of what the price and the service should be. During a meeting with Ronald Juggler aka Red the price for retainer was decided as Red immediately invested a $100,000 for safety. Eugene agreed for it to cover 5 months worth of protection against other clients who may want to hire Eugene's mercenaries against Red. $20.000 a month seemed reasonable as a base price for being on a list for protection.

Eugene spent some time reconnecting with the clients to assure them that the business was in the process of being built up. Eugene also informed the clients about the new retainer feature.

Eugene met up with one his best friends in the city and long time partner in crime Alabaster Slim. As they were hanging out Eugene thought about bringing in Slim in to his new business. Slim had connections with people Eugene had not and Slim was in the city at times that Eugene was not.

Eugene happened to come across Jordan at Harmony Repairs Garage and had a discussion about the business. Jordan then paid for $40,000 for 2 months worth of retainer. With plans for future investment and jobs.

Wanting to clear his warehouse a bit Eugene decided to drive up to the biker bar, this was to make a gold for cash trade. After a trade with Rudi Rinsen a new deal was struck for $80,000. This would pay for a song, a job and 1 month worth of retainer.

Partnering up and breaking up

After thinking it over Eugene decided to bring in Slim in to his new business venture. Since Tony and Curtis have not actively tried to help build the business, Eugene decided to change their role them from management to muscle. This left a management spot empty. Eugene decided to go for a drive with and explain the idea to Slim. Slim was instantly interested but wondered where his company Cop Killa Records would fit. Considering the business was at the time fronted by Prune Tang Records. Eugene then suggested to merge the two and thus as a working title "Prune Tang x Cop Killa records" was born.

Eugene Zuckerberg and Alabaster Slim merged their respective label, Prune Tang Records and Cop Killa Records, to create Gno-Mercy Records on April 16th, 2020. About 15 days later Eugene started having doubt about bringing in Slim and CKR in to the fold. He eventually decided to remove them from the label as neither Slim nor CKR had contributed in any way since the merger.

Song listed in the order of release: 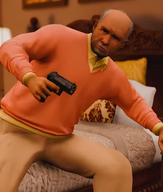 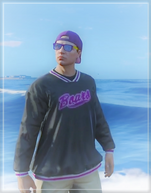 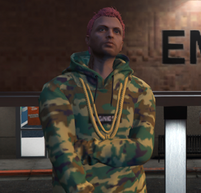 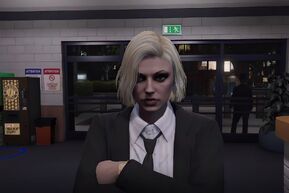 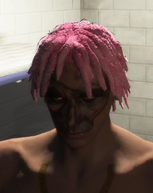 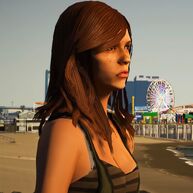