Giovanni can be considered a medical savant, by the age of 22 he already became a Doctor of Medicine which open the door for him to join one of Italy's most exclusive research labs Bintendo. What sets Giovanni apart is his lack of empathy towards people, when he looks at people all he sees are rats: some great for samples others for experimentation.

Giovanni was born in Bolonia Italy in a modest family. By the early age of 2 Giovanni showed the cognitive skills of a 4 year old and by the age of 3 he was speaking complete sentences with his family. At a very early age Giovanni showed all signs of a savant as he also seemed to lack in social skills.

By age 7 Giovanni was recognized for his talent and genius by the state education board after he was able to isolate and control a bacteria strain from a deceased pigeon that eventually assisted local farmers in fertilizing their crops improving their resistance to the cold. Little did they know that Giovanni was experimenting in a cross-bread between rats and pigeons that failed horribly when a hybrid rat-pigeon ran loose around Bolonia in freezing temperatures without dying. The hybrid rat-pigeon was never found and still roams the streets…

These achievements at an early age allowed Giovanni to receive a full scholarship to study medicine at the University of Bolonia by the age of 16. It was during the college years that Giovanni was able to develop his social skills and for some reason he attracted female companions, but he was always disinterested and felt no connection in the relationship side of things; he only viewed them as “samples”. So Giovanni kept developing his social skills specifically for influencing/convincing the test subject to consent to the research and further his studies.

Now 22 years old and a proud graduate of Medicine, Giovanni was approach by the famous Italian Doctor Mario who offered Giovanni an internship in his Research Lab called Bintendo. After working side-by-side with Dr. Mario, Giovanni was able to grow and truly try out his skills as a researcher to the point that Giovanni was tasked to join the Medicine World Body research team in Los Santos to conduct research on a potential health crisis in the City. 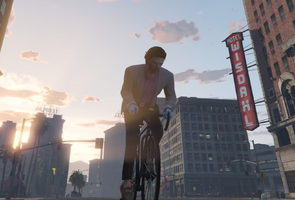 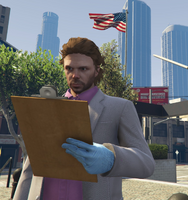 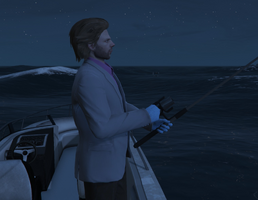