Gazz Maloo is a character role-played by luka_aus.

Gazz Maloo is the Road Captain of the Lost MC.

Gazz came to the city with his brother Holden Maloo, after boarding the wrong plane in a drug-induced stupor. He found himself trapped in Los Santos, with no way home.

When Gazz met Reginald "Reggie" Campbell, the then-Road Captain of the Lost MC, he started to see him as a mentor. Eventually, Gazz expressed interest in joining the MC, and became a prospect with the Lost. He was fully patched in August 2019, and was appointed as the new Road Captain for the MC after Reggie's passing. The kutte that the latter wore was passed down to Gazz.

Gazz is married to Lucy since October, 2019.

Gazz is the older of two Maloo children, with his brother Holden who is the Secretary of the Lost. Both Maloo brothers are childhood friends with Luka Kozlov and Vladimir Raven, having grown up together as kids.

Raven and Gazz have been friends since childhood. They both ended up in Los Santos for different reasons, but maintained their friendship. Raven joined the LSPD, working his way up to Chief of Police and helping Gazz get his job as the PD mechanic.

Though Gazz was fired from PD and continued down a criminal path; Raven still considers him a friend, and will always try to guide him back to the lawful path. 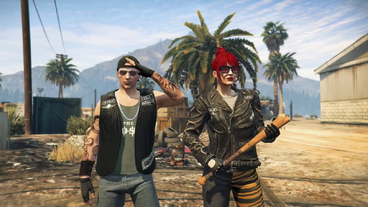 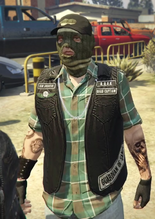 Maloo Socks
"Sock for your head, not your feet" 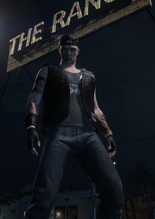 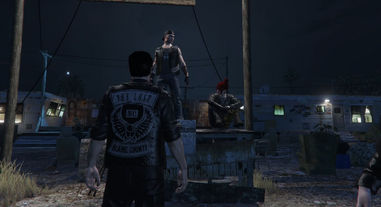