Gary Adams is a character role-played by BronzeRp.

Gary Adams is the Vice President of the Lost MC.

Gary has a chill personality. As Vice President and an original of the Lost, he is the person to whom Rudi Rinsen will occasionally go to for counsel, and whose opinion carries a lot of weight. His level-headed approach sometimes serves as a check on Rudi's more aggressive and rash impulses, particularly when it comes to matters concerning the MC.

Gary is from England, and was a member of the Lost MC chapter in Manchester. After a drug deal gone wrong, a lot of the members died resulting in the chapter's demise. Gary who was among those that made it out alive, moved to San Andreas.

Gary became part of the Lost MC chapter in San Andreas back when they were still operating in Los Santos in 2017. He currently holds the rank of Vice President, and has also served as Chaplain and Sergeant at Arms of the MC in the past.

VP and his Pres Rudi

Tying up a loose end 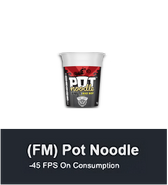