Frank Fritugo is from an Italian / American family.

Frank's life has been quite difficult and anxiety-induced due to severe abuse from his mother and ex-wife (who left Frank for their marriage counselor). Frank hides his emotional pain with happiness and bad comedy, but he may sometimes snap from this happy-go-lucky personality, when pushed beyond a level of stress.

Frank started as a "Franktastic" taxi (uber) driver with a leftover red Prius from his divorce, which he dubs "Martha".

He often uses the yellow pages to advertise his taxi service. Frank Fritugo's navigational abilities are not the best, he usually takes wrong turns and wastes his customers' precious time while driving. Frank was stopped by multiple cops on his first day on the job because he didn't stop at the red lights, but he always got away with a "first warning" from different officers.

While waiting for his customers calls, Frank tried other jobs too in the city. Frank did multiple delivery jobs and even went to a few fishing trips (where aliens tried to kidnap him[1]). While doing one of his jobs he met with Sanjay Patel, who quickly became one of his best friends.

Start of his Criminal Life

During his taxi services he met Alabaster Slim, who offered him another way of making money. Alabaster Slim told Frank to "pang" (ping) him whenever he meets a customer who might have a lot of money or firearms. After the "pang" (ping) Alabaster Slim would come and kidnap Frank's customer and split the reward with him. Frank quickly took advantage of this opportunity and "panged" multiple people.

A day later Alabaster realized that he could trust Frank and decided to give him a free gun. Frank started a new uber business with Alabaster where customers pay extra to have some fun with a girl while they are getting to their destination. When Frank decided to buy bullets for his new gun he met Dallas Cole who taught him how to use the firearm. After his private lesson when Frank tried to clean his gun he even got "panged" by Dallas Cole himself.[2]

Frank came close to getting arrested multiple times when the cops stopped him, but somehow he always got away with small charges. One time he even hid his gun in his car's glovebox which was stolen minutes later. After losing his gun he almost made an enemy of the guy who stole it from him but later, that person decided to give it back.

After losing his car "Martha" at the Vanilla Unicorn he started getting more into the criminal life. Frank used a lockpick to steal a new car, invited Sanjay Patel to help him with his mission "Making Bank" and began to use his gun (not licensed) to rob multiple civilians with it. Some time later, Frank reunited with Martha and started an investigation on his 'stolen' vehicle.

One day Frank got a call from Carmine "The Mouse" Costello, to drive him some place. Sanjay was in the car with Frank when they picked up Carmine. Frank decided to "pang" Slim and get him to rob Carmine. Slim had robbed all three of them and had Carmine get out of the car. Slim had blamed the person of telling the location they were at (the hospital) on Sanjay. Slim ordered both Frank and Sanjay to leave the scene. Later Frank told Sanjay he was the real snitch and they got picked up by Sanjay's girlfriend. 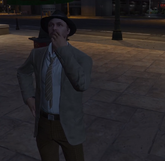 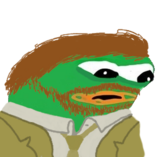 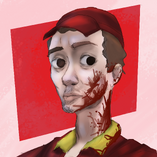