Flop Dugong is a character role-played by ChrisTombstone.

Flop Dugong is a Deputy for the Paleto Bay Sheriff's Office, Badge #325. He has an interest of business and hobbies often in DIY repairs. He is also a mechanic at Harmony Repairs Garage, works at Fast Loans, and is hired in the San Andreas Scouts, He was an EMT with the Emergency Medical Services, call-sign Echo-24.

Flop Dugong was born and raised in Florida. Being from such a beautiful place, he loved going to the beach, spent a lot of time on a boat, and had a huge fascination with the Dugong species. He always aspired to be one.

The ideal fascination for Dugongs was platformed from his time spent on the family boat with his father, Mark Dugong. Being on the water, scuba diving, and his love for the water was a growing love with the life surrounding the beautiful waters. It led Flop into wanting to know more.

School was difficult for Flop to say the least. He was more interested in learning about Marine Biology more than he was making friends. Flop did his best in classes, but never excelled in anything, including science. As much as he aspired to know the beautiful waters, he never found his niche with it. Since then, his interest with Marine Biology dwindled down into more meticulous things. His interest in business practice pursued as a hopeful opportunity to grow out of his social bubble that he shunned for years, and began trying to further his education in the "trade" of management. Although Flop never made proper friends that he could hang out with after school, he always figured everyone was his friend, and follows that same ideology today. With that same mentality, Flop follows the same practice in business. His friendly nature to be welcoming to employees made the environment healthier for everybody.

Flop was offered a low level intern management position at a small food joint in Florida where he learned to develop himself in such a position. He always struggled outside of work as an every day citizen. This was due to his occasional mood swings of emotion, however that was left at the door most of the time at work. Flop always tried his best to have a good head on his shoulders in the work environment.

Flop Dugong's parents were both average workers with their own aspirations in mind. Flop Dugong's mom, Eleanor Dugong, was an unfortunate addict, and was a common user to crack. She found herself down the rabbit hole with drugs shortly after giving birth to Flop, and after many failed attempts at going clean, led her to an unfortunate drug deal that went bad with her dealer. She was pronounced dead from a shooting. Before her unfortunate death, she was a dishwasher at a crabhouse called "The Crabby Surprise" on the boardwalk.

Flop's father, Mark Dugong, was a very good father, and worked as a deep-sea fisher on a charter called "The Moist Oyster" that supplied most of the fresh seafood to many of the restaurants that ran along the Florida boardwalk. When Eleanor passed, Mark was sent into an unfortunate spiral and became a very heavy alcoholic. After having a disconnect with most of Flop's important years, he was scheduled to go on a weekend-long deep sea trip for the summer tourists. At the end of that weekend, Flop's father never made a return. Search parties were sent out in hopes to find pieces of a wreck. With nothing found, Mark Dugong was pronounced dead.

When Flop's parents both disappeared, he received a check from one of his parents' Will in his name so he could move to somewhere more sustainable, which was his dream. Unfortunately, his pursued interest was too expensive so he hedged his bets and moved to Los Santos. This became Flop's home away from home and has learned to accept it for what it is. His interest in business and management has led Flop down the path of wanting to put it to use.

He was adopted into the Dark-Rhodes family when he arrived to Los Santos. 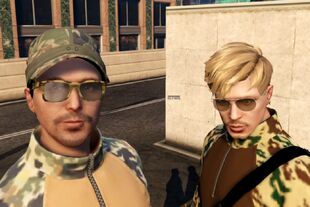 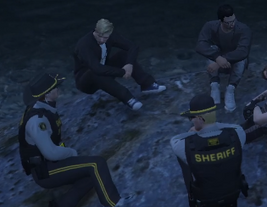 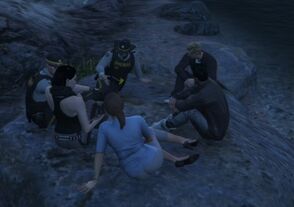 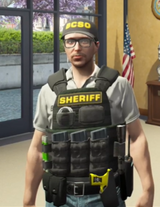 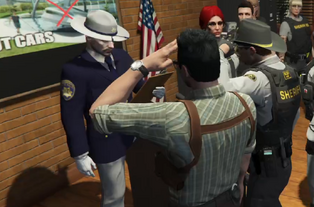 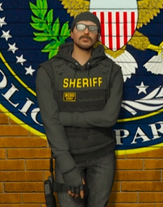 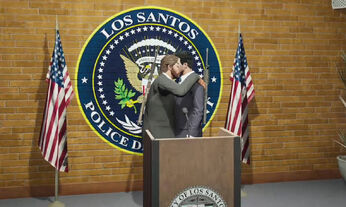 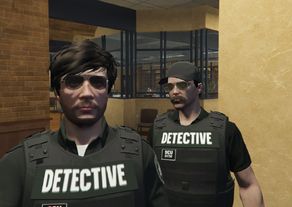 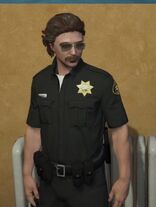