Fiona Stewart is a character role-played by Ashi.

Fiona Stewart is known across Los Santos for her white hair and fiery personality. She is a full member of The Guild and second-in-command of Yokai.

Fiona is married to Marlo Stanfield and together they own Bean Manor, a mansion named after her favorite but neglectful son Burt Beans, AKA Gloryon. She is also well known for her many adoptions and keeps track of them with a list that she keeps on her phone. The adoption spree began when Gloryon became too busy with his job giving out loans instead of hanging out with Fiona. She has a goal of having at least one child from every gang to help avoid any potential future conflicts.

Her vehicle of choice is a GT-R R35 Wide Body which she uses for street racing as well as casually driving around the city. Fiona can usually be found at the Guild Hall or Demon's Den Arcade, two businesses owned and ran by The Guild. In her free time, she enjoys racing, boosting, harassing cops, yelling at Marlo, and chilling with her fellow Guild members.

Fiona has spent a lot of time learning how to hack banks and disable trackers on boosted cars. With her son Yuno cheering her on, Fiona has successfully hacked the upper vault. She has also completed an S+ hack for a Lexus LFA which was eventually gifted to Yuno. 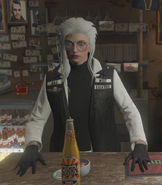 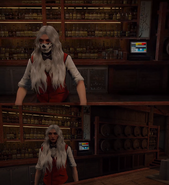 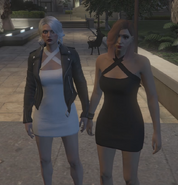 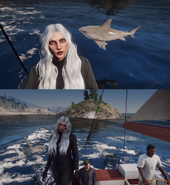 Fiona selfie and on a boat with Gloryon and Marlo around Tiger sharks at east of Pacific Ocean, near San Chianski Mountain Range.

Fiona in a Mustang at Xero Gas Station in Strawberry, Los Santos. 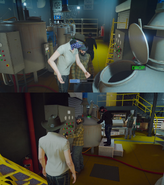 Gloryon along with The Guild teaching Fiona how to cook meth at a meth lab.

Fiona's prep for her GTR interview 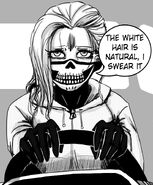 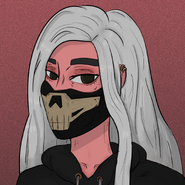 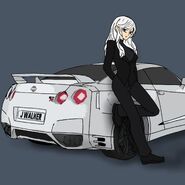