Ezreal Kay-Hoss, also known as Ez or E.Z., is a character played by ThatEmoPunk.

Ezreal Kay-Hoss is Security at the Rooster's Rest, a Co-Owner at Tequi-la-la, as well as weed sales at Rooster's Reef. He typically introduces himself as either Ezreal or Ez, and occasionally refers to himself as a "Resident Rogue". While he was speaking to Ezekiel Crow, it was learned that he legally changed his named about 5 years prior to moving to Los Santos, claiming his birth name is Noah.

He has stated that prior to moving to Los Santos, he used to live with his aunt back in Ohio. It is unknown why he was raised by his aunt. When his parents have been mentioned, Ez has stated that he doesn't know much about his mother, however that he used to play MMOs all the time with his dad. He's also mentioned having a sister.

Personality wise, Ez seems to be a pretty friendly type, but also very quiet and nervous. Ezreal has social anxiety, but wearing his mask helps lessen it. When asked by Jean Paul about weed, Ezreal has stated he smokes it constantly to help with his anxiety. He is a self-proclaimed nerd, his game of choice being League of Legends. He's also mentioned having a liking for MMOs, having played ones such as WoW, ESO, FFXIV, SWTOR and EverQuest. Other than that, he is a huge Star Wars fan. Ezreal also has a gambling addiction, having lost hundreds of thousands of dollars at the Diamond Casino and Resort.

Ezreal used to be a drug dealer back in Ohio, and though at first when moving to Los Santos he seemed to avoid getting involved in the world of crime, Ez occasionally dabbles back in this realm of work.

As of June 7, 2021, Ezreal purchased his a motorbike from PDM, a Nagasaki Carbon RS. He changed the license place to say "CRYPTS". He is looking to trade it in for a R1 when the opportunity arises. He's also shown interest in getting a Jester or Gauntlet Hellfire. He has raced on occasion, going under the alias of "Kindred". On January 13, 2022, Ezreal also purchased his first house with the help of Albert Intelligence and Kai Pond. The house is located at Bridge Street 11, in Mirror Park, and is shared with Luk Zwiebel. 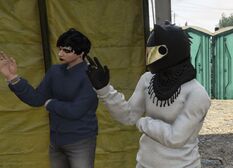 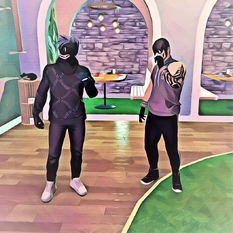 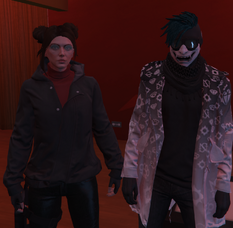 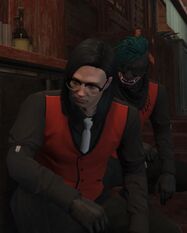 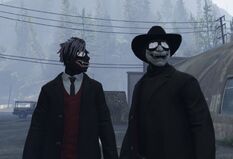 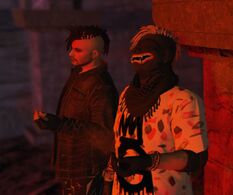 Bruno and The Crypts
Community content is available under CC-BY-SA unless otherwise noted.
Advertisement